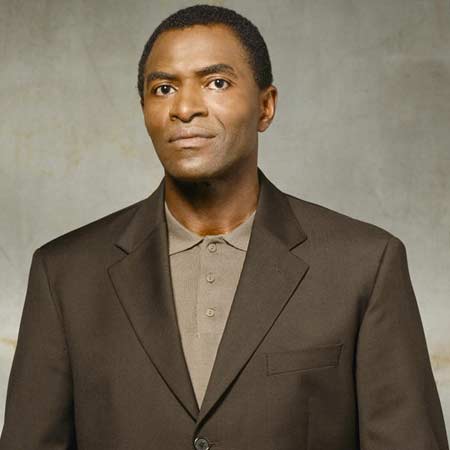 American actor, Carl Lumbly is known for his versatility, cla s s and steadfast loyalty. He usually portrays law enforcement characters on television and films. He is most recognized for his roles, NYPD Detective Marcus Petrie on the CBS police drama, Cagney & Lacey and CIA Agent Marcus Dixon in ABC's Alias. As of 2018, Lumbly is portraying the role, Martian Manhunter's father, M'yrnn, on Supergirl.

Carl Lumbly was born Carl Winston Lumbly on August 14, 1951, in Minneapolis, Minnesota, U.S. to Jamaican immigrants. His father Carrol Lumbly was an avid reader which has a great influence in his academic career. Lumbly was raised along with his sister, Amy Powell.

Lumbly completed his schooling from the South High School. He graduated from the Macalester College with a bachelor degree in English in 1973.  Soon after his graduation, he started working at Associated Press in Minneapolis. He also did freelancing a s signment for various magazines and periodicals.

During his a s signment for a story on Dudley Rigg's Brave New Workshop Comedy Theatre, he attended a public audition and eventually started working. He stayed with the improvisational company for two years doing comedy shows flavored with political satire.

Lumbly then moved to San Francisco to continue his work as a journalist for the Associated Press. But just after two days of arrival, he came across a newspaper ad seeking for black actors for a stage play. He went for an audition and luckily got selected.

Carl Lumbly landed his first significant on-screen role in a  television series, Cagney & Lacey where he portrayed the role, Detective Marcus Petrie. The series was commercially successful, and it helped Lumbly to gain international fame. He was a s sociated with the show for seven years.

Lumbly cast in the HBO television movie, Conspiracy: The Trial of the Chicago 8 as Black Panther Party co-founder Bobby Seale. Critics and audiences highly appreciated his role. His versatility span a range of characters from NAACP Image Award-nominated works in TNT's Buffalo Soldiers to a wealthy, black entrepreneur in Oprah Winfrey Presents: The Wedding.

In 1980, he received Los Angeles Drama Critics Circle Award in the category of Lead Performance for his role in Eden. He also starred in the critically acclaimed drama series M.A.N.T.I.S as wealthy paraplegic scientist/crimefighter. Some of his notable work includes  The Color of Friendship, Namibia: The Struggle for Liberation, A Cure for Wellness, Black Panther, Criminal Minds, Family Guy, Zoo and others.

Carl Lumbly is also known for his voice-over for several animated series and films such as Justice League, Justice League Unlimited, Superman: The Animated Series, Batman Beyond. As of 2018, he is busy with his upcoming venture Supergirl where he plays the role of Martian Manhunter's father, M'yrnn.

Carl Lumbly has acc u mulated a good sum of money from his acting career. As of 2018, he has an estimated net worth of $2 million. He is a regular cast of superhero action-adventure CBS TV series, Supergirl and some of the lead actors of the series earns more than $100k per episode. So, Lumbly might earn the same amount.

Lumbly is also known for his voice-over, and on an average, the voice actor makes $40k from anime series and films. But he is a quite experienced actor and is active in the industry for more than 3 decades. So he might get more.

Carl Lumbly starred in many hit films and some of them are enlisted below;

Carl Lumbly was married to actress Vonetta McGeen. The duo tied the knot at an intimate ceremony in 1987 in the presence of their closed ones and family members. They first met on the set of Cagney & Lacey where they played husband and wife. The couple was together until Vonetta's death in 2010.

They shared a son, Brandon Lumbly (born on 1988). Soon after the birth of their son, the couple moved to the Beverly Hills. Lumbly nursed his wife for nine years when she was diagnosed with cancer. Unfortunately, he lost her in 2010 because of the cardiac arrest.

The tragic incident made him devasted and he took an acting break for three years. He made his comeback with theater play, The Motherf** Ker with the Hat.

“Remembering her example, her bravery in the face of an extraordinary ordeal is what helped me find my way back.”

Lumbly shares a close bond with actor Danny Glover, and the duo together debuted in film, Escape from Alcatraz (1979). He works out regularly to fulfill his demanding roles for movies and series.

He prefers writing, working in his garden, running, playing basketball and doggedly lowering his handicap in golf during his leisure time.

Let's check out the interview of Carl Lumbly with Dr. Brenda Wade  on Black Renaissance, Feb. 2012.