Camilla Luddington Is Engaged To Longtime Boyfriend Matthew Alan-When Are They Getting Married? 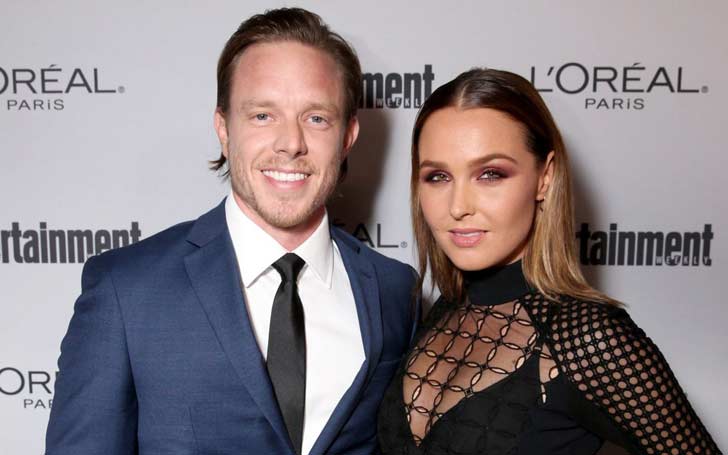 After long waiting, it seems the day is finally about to approach!

Camilla Luddington who portrayed the role of Dr. Jo Wilson finally tied the knot with her on-screen love in the finale episode of Grey's Anatomy on 17th March 2018. We are desperate to know when the real-life couple Luddington and her fiance Matthew Alan with taking their relationship to next level!

The couple got engaged on the New Year Eve in presence of their adorable daughter and disclosed the news earlier in 2018. Wanna know details? Let's dive in!

The 34-year-old actress Camilla Luddington who gave her voice in Tomb Raider and its sequels and her boyfriend Matthew Alan are definitely planning something big for the most awaited event of their life; a grand marriage ceremony.

Luddington who played the role of Dr. Jo Wilson on the long-running ABC drama Grey's Anatomy announced her engagement with Alan, the 13 Reasons Why star via Instagram. Luddington addressed that he popped up the question on New Year's Eve.

Further, she wrote that her daughter, Haylen Alan approved their relationship. Camilla showed off her diamond ring which featured a tiny hand grabbing the rock.

"I’m not sure I even let Matt get through his proposal before I started yelling YES YES YES!! Of course, it was a yes!"

Back in April 2017, the couple announced they were parents to their first child. The adorable pair posted a black and white clip with the newborn that captioned,

"We have a new great love in our lives… our sweet baby girl…Hayden."

The blessed couple made their pregnancy news public in October 2016.

Well, everything is going on a perfect pace between the two, with an amazing love and proud parents.

We have a new great love in our lives... our sweet baby girl...Hayden

We are waiting to see the two tying the knot soon! Let's cheer up for their lovely bond.

Luddington initiated her professional career performing the role of a receptionist in A Couple of White Chicks at the Hairdresser in 2007.

She also received an opportunity to play in some movies including Behaving Badly, Pride and Prejudice and Zombies: Dawn of the Dreadfuls,  The Filming of Shakey Willis,  William & Kate: The Movie, and The Past 2.

Most recently, she performed as Zatanna in Justice League Dark in 2017 alongside Matt Ryan, Jason O'Mara, Nicholas Turturro, and Ray Chase.

Some of her popular TV roles include The Forgotten, CSI: Crime Scene Investigation, Big Time Rush, and The Defenders.

Apart from her TV and movie roles, she also worked in a number of video games including Tomb Raider, Infinite Crisis, Shadow of the Tomb, and Rise of the Tomb Raider.

During a recent interview, she revealed that the finale episode of Grey's Anatomy was the toughest one to film. Jo Wilson (Luddington) and Alex Karev (Justin Chambers); the romantic on-screen couple finally tied the knot on the final episode 17th May 2018. They have been dating each other since season 9.

"It was really bizarre filming it, just because it’s been such a long time coming for these two characters. To see Justin in his suit and to even put on this wedding dress was like, ‘Wow! We made it!"

"I can’t believe that we’ve actually made it. Just because they’ve been through so much. We were excited to finally shoot those scenes."

The reel couple finally achieved the best on the finale episode but let's see when the real-life couple will tie the knot.