Grey's Anatomy's Justin Chambers' Married Life Details. Everything You Ever Wanted to Know about his Personal Life! 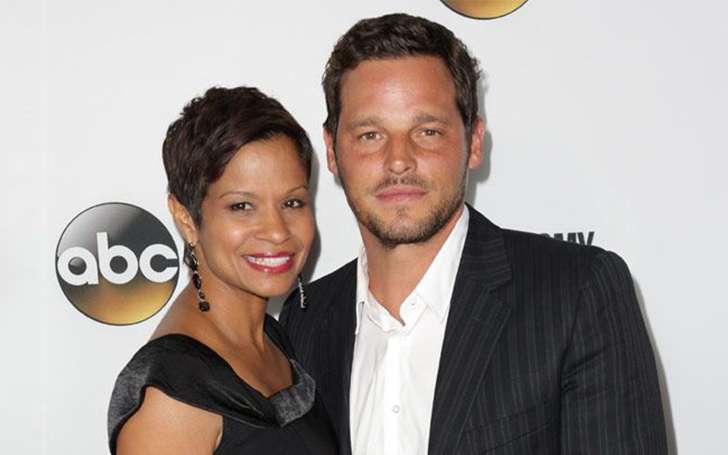 A big fan of Grey's Anatomy? You sure know Dr. Alex Karev then.It is Justin Chamber who plays Karev in the medical drama we are discussing here. The actor has one of the most romantic and successful marriages in Hollywood history.

Justin Chambers and his wife, Keisha Chambers, former model agency booker are married since 1993. We have some interesting things to share about the long-term couple.

Justin Chambers and Keisha Chambers: Couple Made in Heaven

Former fashion model Justin Chambers and Keisha Chambers are one of the most committing couples in Hollywood. The couple has already shared twenty-four years of togetherness and they are still happily married. Truly a match made in heaven, what do you think?

They had their first encounter in an Ad Campaign. During that time Justin was working with Calvin Klein and Keisha worked for a modeling agency. The adorable couple gradually fell in love and got married in 1993 since when they are together. Keisha Chambers and Justin Chambers have five children together. Justin Chambers and Keisha Chambers with their five children

Their first daughter Isabella was born in December 1994. Then the couple welcomed twins: Maya and Kaila in June 1997.Their fourth child Eva was born in March 1999 and their last son, Jackson was born in January 2002.

There was also rumor of the couple expecting their sixth kid, however, the rumor turned to be false after the actor denied it. He said in an interview:

"No, no, no. We just got two rescue dogs. Of course, we got two, and not one. I guess we can't do anything in moderation — but they're little dogs, so it's like they add up to one regular-size dog. "

Forty-six years old Justin also said he is proud of his wife, Keisha. He said:

"Every relationship has its ups and downs, but I'm glad I get to go through the ups and downs with her. I just feel really fortunate to have found someone who will be my partner on this journey."

The couple together has appeared in several events together. In 2016, they appeared together in Victoria’s Secret Fashion Show and at the Hollywood Roosevelt Hotel party.