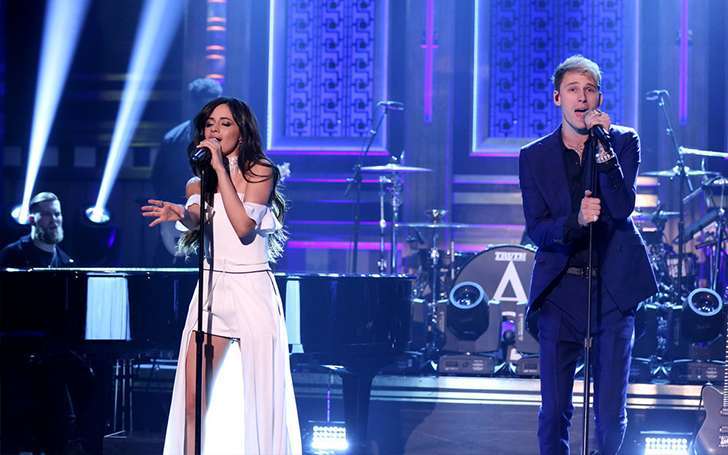 The Former Fifth Harmony star Camila Cabello performed Summer Songs on Jimmy Fallon's "Tonight Show" on June 21st. Cabello visited the show as a solo artist for the first time after she left the group in earlier 2017.

Besides singing the summer song, she also performed her radio single Crying in the Club, her first single after the split.

Where is the future of Fifth Harmony? It's been the most annoying question for the band's fans after the lead member Cabello left.

There rises a curiosity if it's going to grow apart like One Direction after Zayn Malik's departure. However, the remaining four girls have shown commendable solidarity.

And Camila Cabello is having fun going around promoting her single. Since Jimmy Fallon needed a voice for #Summersongs segment, well let's just say they ended up creating some hilarious songs based on summer songs tweet from fans.

Here are some of the featured tweets:

Love Yourself by Justin Beiber Became

Am I too late to the pool party? I can bring another pink swan floatie. #summersongs #sorry #bieberpool #swangoals

Hello by Adele sounds great this way too!

@jimmyfallon Hello from the water slide!
I must have rode a thousand times! #SummerSongs

For the complete version, watch the video Below:

Camila Cabello later sang 'Crying in the Club', her first single outside of Fifth Harmony.

The 20-year-young Cuban singer Camila Cabello gets linked to everyone from Justin Beiber to Shawn Mendes, but haven't quite had a proper public boyfriend yet. As per reports, Cabello is currently living a single life and isn't too keen to be in a relationship. She's definitely had previous relationships, however, currently, Cabello is focused on her solo career. If you wish to know five never heard facts about Camila Cabello, watch the video below.

During 2013-2014, the Cuban rock star dated the American singer Austin Mahone. The couple spent some quality times together. After dating for around a year, they broke up in November 2014. They were in a relationship for only a month.

Cabello revealed she wasn't dating him anymore in an interview with Kiss 96.1 on November 24, 2014.

In an interview after her split with Mahone, Cabello told he is the first person whom she has dated ever. There she told, "I don't regret anything. It was my first kiss, my first love." In addition, she mentioned:

"It's important to learn about liking somebody and being swept away, but it wasn't meant to be."