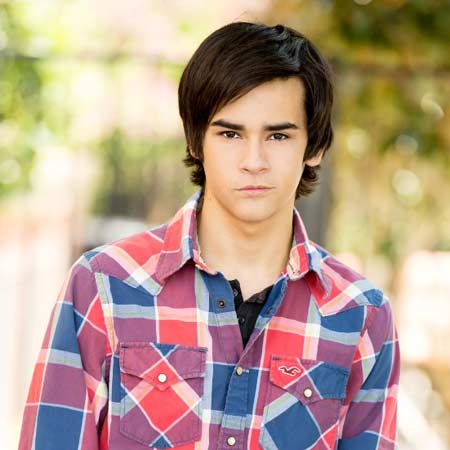 Born and raised in Dallas, Texas, Bryce Ca s s is the rising Hollywood star. He made his acting debut in 2006 in the action drama movie, The Guardian. He is best known for movies like Battle Los Angeles (2011) and Line of Duty (2013). Ca s s is all set to make his big television debut with the upcoming season of Netflix popular series, 13 Reasons Why as Cyrus.

Bryce Ca s s was born on November 21, 19967 in Dallas, Texas, the US under the birth sign of Scorpio which defines his personality to be mysterious and strong-willed.

He is American and belongs to the White-American ethnicity.

Bryce Ca s s started his acting career as a child artist, he made his movie debut in an action film, The Guardian at the age of 9. He rose to fame after portraying the role of Ramon in the long-running cla s sic children's series, Barney & Friends. He is also known as the regular cast of the popular game show, Are You Smarter Than a 5th Grade.

In 2011, Ca s s featured in the movie, Battle Los Angeles where he played the role of the main character, Michael Pena's son. Then he appeared in 2013 movie, Line of Duty in 2013. His upcoming venture is Netflix mystery teen drama web series, 13 Reasons Why season 2 where he will play the role of Cyrus appearing alongside Katherine Langford, Dylan Minnette, Alisha Boe, Brandon Flynn, Justin Prentice and others. The series will hit the screen on May 18, 2018.

Ca s s also lent his voice for the shows like What About Brian and NCIS.

Bryce Ca s s is one of the youngest Hollywood actors who is in the rising phase of his acting career. He is just 2-3 films old in the industry and has already garnered ma s sive popularity among audiences. Considering his career graph, his estimated net worth isn't less than six digit figure. As per some online sources, he might earn around $50k per episode from his appearance in the second season of 13 Reasons Why.

Bryce Ca s s is quite secretive about his personal life. He hasn't disclosed much about his private life with media. He is possibly single at the present. Previously he was romantically linked to actresses like Melanie Del Cruz and Madison Pettis. Ca s s is also active on Twitter and Instagram where he has thousands of followers.