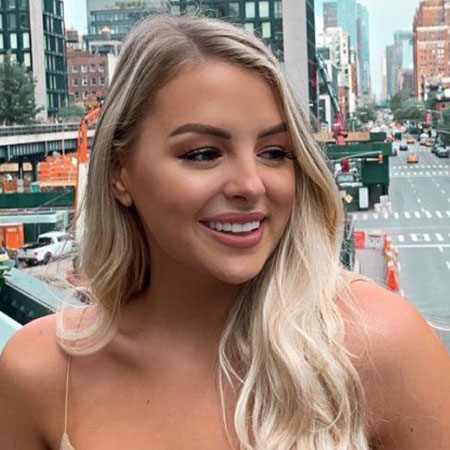 Brittney Lee Saunders is an Australian YouTuber, beauty vlogger, entrepreneur, and pop star. She rose to fame after she uploaded her first video on her YouTube channel. As of 2019, she has about 1.1 million subscribers. She also released her first single Set Fire To Me in 2015 and her song picked the #33rd rank on the iTunes Australia chart.

Brittney Lee Saunders was born on April 27, 1993, in Newcastle, New South Wales, Australia under the zodiac sign of Taurus. People of this zodiac always need to be surrounded by love and beauty.

Brittney Lee Saunders used to make YouTube video when she was bored slowly and gradually, she became passionate about video making and then she decided to start a career as a YouTuber. Then she started a YouTube channel beautybybrittneyx on August 10, 2011. Later she changed her channel name to 'BRITTNEYLEESAUNDERS'.

She mostly uploaded videos about fashion and makeup. The first video she uploaded was titled My Makeup Collection. Later she uploaded another video MY MAKEUP COLLECTION AND STORAGE! released in 2017. In her first video, she showed her makeup collection with 16 drawer organizer set and lipstick collection that worthed more than $2,000.

In the video shown below, we can see her first YouTube video where she presents how many different brands' makeup collection she had.

She started becoming famous soon for her content and presentation style on her YouTube videos. Her channel, which is focused on the makeup hauls, tutorials, and other fashion and make up related content, has earned a great number of subscribers. As of January 2019, she has about 1.1 million subscribers and has 115,695,935 views on her YouTube channel.

She has also collaborated with brands such as Colgate, Herbal Essences, Smirnoff, Ben & Jerry's, and Maybelline so far. She even garnered more attention on her social media after she started posting some bold picture on her Instagram. AS of January 2019, she has about 605k followers on Instagram and 121k followers on Twitter.

Besides, she debuted as a pop star in 2015, with her single Set Fire To ME. Within six hours of release, her song became a chartbuster which peaked at the #33rd spot on the iTunes Australia Chart. She is also a businesswoman who owns natural and vegan skincare, hair care, and body care company Getnkd.

Brittney Lee Saunders' net worth is estimated to be around $200,000 as of 2019. She has earned this huge net worth from her social media presence. According to the social blade, she earns approximately $3.6k per month which makes $43.6k income a year.

She even has collaborated with famous brands such as Colgate, Herbal Essences, Smirnoff, Ben & Jerry's, and Maybelline. There is no doubt that Saunders gets a big amount of money for her association with the brands. She even has a collection of lipstick that is estimated to worth over $2,000 and owns some luxury cosmetics of Too-Faced Born This Way foundations and Urban Decay lipsticks.

She is a famous face on Instagram too which also helps her increase her fortune. She has also worked in the music field; in 2015, she released a single Set Fire To Me, which was a chartbuster hit so we can predict that she gained a spectacular amount of money from the single.

Brittney Lee Saunders is currently living a single life. Before going to the single status, she was in a long term affair with social influencer Dylan Sean Ryan. They were romantically linked for years and were happy together, but something went wrong between the couple due to which they broke up in November 2016.

After her relationship with Ryan ended, she was shattered and she shared her misery during that phase with her fans on her social media.

What Led The Happy Couple To Breakup?

According to the source, her boyfriend was using her fame to build his own social-media fan base. On a Snapchat. After the breakup, Saunders talked about her failed relationship with Dylan. She said,

Dylan Has broken up with me - he left me 'His reason for that is that he doesn’t love me anymore, which is honestly really f**king upsetting.

The ex-lovebirds reportedly had a small argument before the things got heated. Brittney told that the breakup was fueled by her Snapchat posts following that argument. She said,

Though she suffered from her breakup with her boyfriend, she moved on soon and focused on her career in YouTube and started entertaining her fans in even better ways.

You May Also Like: Chloe Szepanowski, Sarah Betts, and Ann Reardon