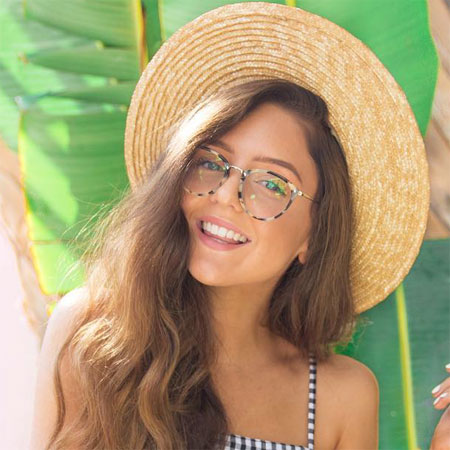 Sarah Betts is a YouTuber, well known for her self-titled YouTube channel, where she enjoys posting morning and night routine videos as well as tips and tricks for hairstyles. From January 2013, she is active on YouTube, and she first uploaded her video in July of 2014 called ‘Follow Us Around QUEENSLAND 2014!'

Sarah Betts was born on October 22, 1996, in Gold Coast, Australia. She was raised by her family in Gold Coast and has also completed her schooling from there.

Regarding her nationality, Betts is an Australian, and as far as her ethnicity is concerned, Betts is a Caucasian.

In January of 2013, Sarah Betts created her self-titled YouTube channel, where her content mainly involves uploading morning and night routines plus hairstyle videos. She frequently posts short title videos along with her boyfriend, Foster.

Betts posted her first YouTube videos in July 2014 under the title, 'Follow Us Around QUEENSLAND 2014!'. One of her video, 'My Everyday Morning Routine,' accumulated 850,000 views in just two months.

The 21 years old, Sarah Betts is yet to get married. Betts is currently dating her boyfriend, YouTube star, Kane Foster. She usually posts collaborative videos along with her boyfriend, Foster on their YouTube channel.

Betts and Foster also post a number of short title videos on their YouTube channel. The couple lives together in Gold Coast, Australia. Moreover, she is busy on social media such as Instagram where she has more than 164K followers and Twitter with 43.9K followers in the year 2017.