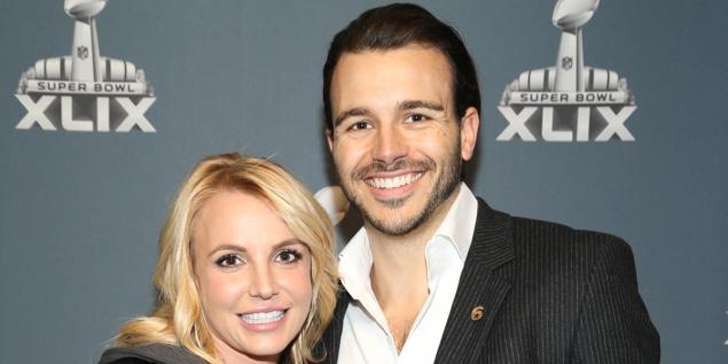 An American singer and actress Britney Spears seems to be single again! Yes that is true. She was dating Charlie Ebersol and these two were seen quite in love until now. The couple officially broke up after 8 months of dating. They first started dating in October 2014, and they both attended the 2015 Billboard Music Awards together in May. Not only had that but Charlie seemed close to Britney’s sons, Jayden, 8, and Sean, 9. He spent a lot of quality time with Charlie.

They even posed for a Christmas photo together. And on Valentine ’s Day, Charlie gave Britney a huge cake that read, “Charlie loves Britney.” The couple also posted many pictures in their instagram accounts respectively. After the breakup Britney removed 32 of his photos from her account. Britney hasn’t had the best luck when it comes to relationships She was been quite unlucky finding love in the right place. She famously dated Justin Timberlake from 1999 to 2002. In January 2004, she was married to her high school sweetheart, Jason Alexander for 55 hours and later that year, she married Kevin Federline. But that ended up as a divorce in 2007. She was also engaged to Jason Trawick between 2011 and 2013.

And after that, she dated David Lucado, who allegedly cheated on her. With all the recent engagement rumors, everyone and especially her fans were seriously hoping that Britney had finally found “the one" with Charlie but sadly, she did not as they broke off their promising relationship. But again there are rumors that Britney might have moved on from her ex after all. On Father’s Day, Britney traveled to Louisiana, where she tied up to Southeastern Louisiana University football player Harris Beall. He even re-tweeted the picture with Britney captioning it,,"I think I am in love". Well we don’t know how true is this thing that Britney who owns a whopping net worth and salary of $185 million begun dating again and has moved on from her past relationship, with rumors of her new affair. But we sure do know that there is hope of her finding love once again. Good luck Britney!