Justin Timberlake and Ryan Gosling - Are they real life brothers? 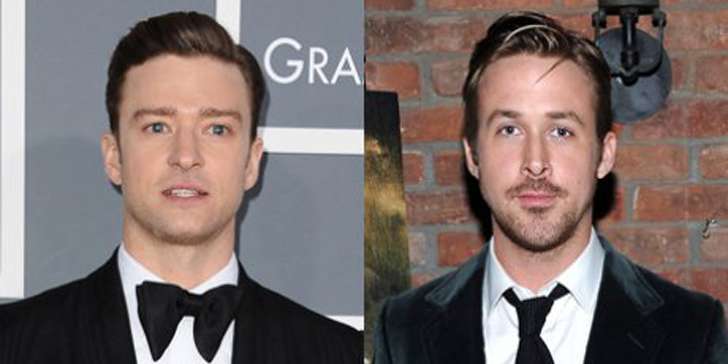 Ryan Gosling and Justin Timberlake are two pioneers and heartthrobs of the music and acting industry. These two have a lot in common, leaving the fact that they both are an eye candy, They have been friends since the early 90s. And their friendship affair is the unsaid side of their story. It all started back in the early ’90s when Timberlake and Gosling became good friends. They were a part of the Mickey Mouse Club along with several other notables like Christina Aguilera and Britney Spears.

In fact, they were on the show during the same years starting from 1993 till 1995 serving as one of the last troupes to perform before it was canceled off the Disney Channel in 1996. But Ryan and Justin were more than just co-stars and singing partners. Timberlake spoke to Ellen Degeneres about their adventures. Justin said that they thought they were being cool, but said they did pretty horrible things like even stealing a golf cart. They were almost like brothers and during one season of the Disney variety show, Timberlake’s mother actually adopted Gosling, and the two lived together in the states while Gosling’s mother went back to Canada. In a show, it was revealed that Gosling lived in Timberlake's couch while staying at his home. But Justin immediately denied that saying he had his own bed.

The two aren't seen hanging out much together but Justin has gone to an extent for saying Gosling, to be one of the best actors in Hollywood. Upon asking Ryan, about Justin and why don't they hang out anymore, he gave a surprising answer saying that he was like "an elementary school friend" and that people do not see their elementary school friends after they grow up. Which revealed a little more that these two may have departed their own ways in life. As Justin got exposed to success early and found fame, it might have been hard for Ryan to put up with Timberlake.

Another speculation here is Britney Spears. Britney was among the members of the Mickey Mouse club group. Ryan also talked about her saying that Spears was a sweetheart and he remembers her as a girl next door, who was also his playmate. But ultimately Britney ended up with Timberlake, they eventually started dating which may have added a little sourness in the relationship of the boys. The girlfriend-boyfriend relationship might have made Gosling jealous somehow after all Britney was his childhood sweetheart!

However, they were known to be very good friends once. And both are equally good in their personal fields of career. Ryan Gosling's net worth is estimated to be $30 million while Timberlake's net worth is huge, $175 million. And at last, neither of them get the girl, so there should be no stress as all.