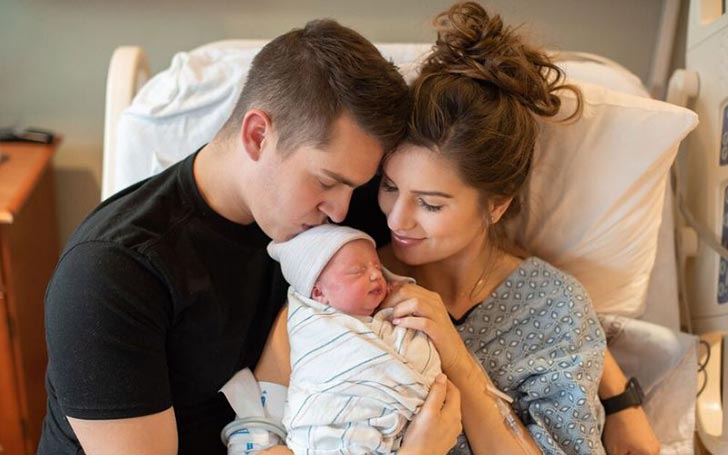 The 21-year-old reality star gave birth to her first child, a daughter Layla Rae Stewart with her husband, Evan Stewart.

According to People, the couple welcomed their little bundle of joy at 3:56 p.m. The baby girl weighed 5 lbs. 13 oz. and measured in at 18 inches at the time of birth. 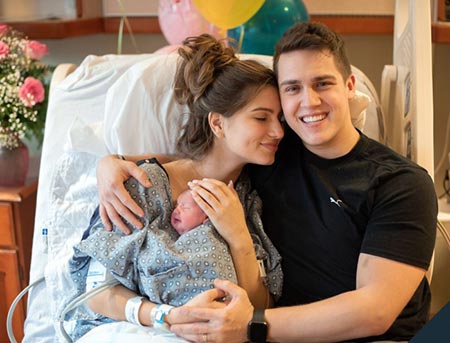 CAPTION: Carlin Bates and Evan Stewart are blessed with their first child, a baby daughter SOURCE: Us Weekly

The overjoyed couple released a statement announcing the news where they wrote:

How do you describe an experience so emotionally intense and so magically wonderful as welcoming a brand new baby into the world? We feel like our lives just became incredibly busy, but unimaginably blessed with little Layla Rae’s arrival!

She has already consumed our thoughts and intentions for these past pregnancy months and now, no day will ever be the same without her!

Bates was due in mid-February, however, she needed to be induced on Friday, 31st January, after being diagnosed with two blood-clotting disorders. She had opened about the disorders that she and her sister Erin, 28, suffer from during her pregnancy.

Back in September 2019, a representative to Carlin Bates announced her pregnancy to People. Besides, Bates also announced the happy news via her Instagram, where she shared a photo of her and her husband holding a sonogram while sharing a smooch. The mother-to-be wrote: "I find out I’m pregnant! I feel so grateful and in awe of the miracle of a tiny life growing inside of me!" in her post. Here is her post. 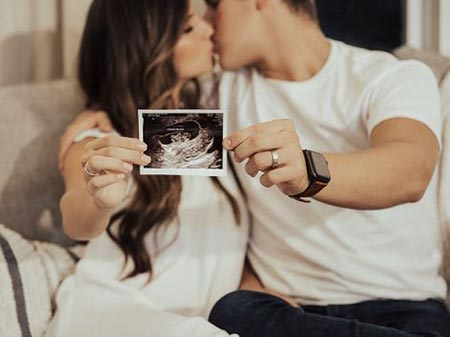 Around a month later, the pair revealed they were expecting a daughter together. Carlin also revealed their to-be-born daughter's name as Layla Rae Stewart in the gender revealing post on her Instagram.

Carlin and Evan married in a romantic Tennessee wedding in May 2019. The pair were engaged since September 2018.