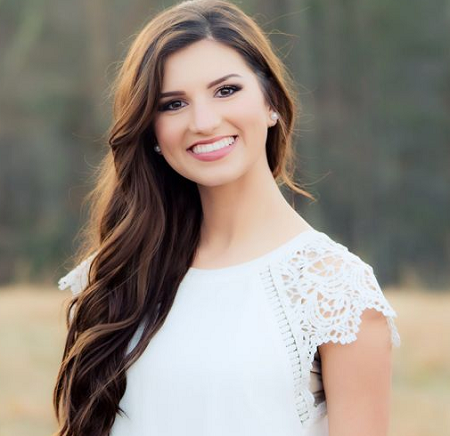 Carlin Bates is an American television personality best known for being a member of the Bates family. She appears on the UpTV hit series, Bringing Up Bates, alongside her parents. She is currently expecting her first child with her husband Evan Stewart who she married this May.

Carlin Bates was born on April 11, 1998, in Tennessee, the United States of America, to her father Gil Bates and mother Kelly Jo Bates. Her birth sign is Aries.

Carlin is of American nationality and belongs to white ethnicity. She dual enrollment classes at a local college while she was in high school.

She and Trace graduated together from high school in 2016 and after the graduation, they conducted a graduation party at Mount Moriah Camp.

She, Erin, Lawson and Tori sang the song "All Along" at the party and many other Bates kids and friends performed skits at the bash.

Carlin and her siblings were active participants of Bill Gothard's Institute in Basic Life Principles.

Carlin Bates is a talented yodeler and a multi-instrumentalist; she plays piano and violin. She went on a mission trip to the Philippines in August 2017 where she worked with Blessing International.

She is famous for appearing on the UpTV hit television series, Bringing Up Bates, alongside her parents and siblings.

On March 18, 2019, she, her sister Erin Paine and sister-in-law Whitney Perkins, announced that they were opening a clothing store named Bates Sisters Boutique. The online store was officially launched on April 19, 2019, and their business is going well.

Being a successful TV star and businesswoman, Carlin earns a huge amount of money. The exact net worth of the Bringing Up Bates star is not known but looking at her successful clothing business, her total fortune seems to be in millions.

As we mentioned earlier, Carlin Bates is a married woman. She has been married to a music artist, Evan Stewart.

The couple first met in 2016 when Carlin’s mom was asked to speak at a Ladies’ Conference at his family church and they eventually started dating. 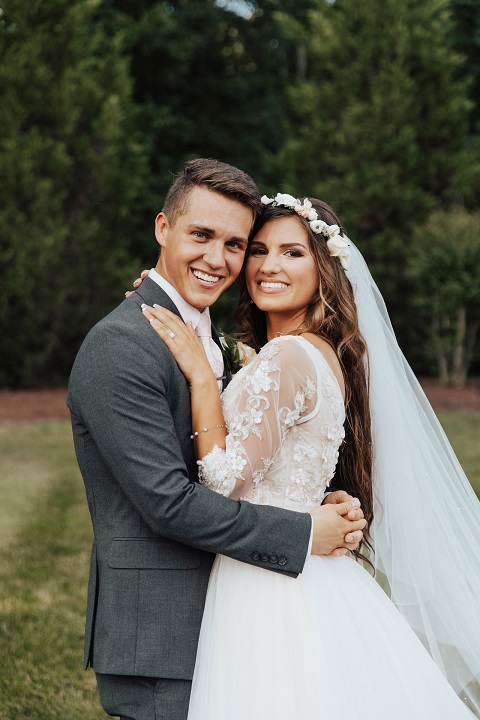 The two became engaged on September 24, 2018, after Evan popped the question to her at Portland Head Lighthouse in Portland, Maine.

They exchanged the wedding vows in a lavish ceremony at Castleton Farms in Tennessee in May 2019. The husband-wife duo announced in a UpTV statement in early June that they are expecting their first child together.