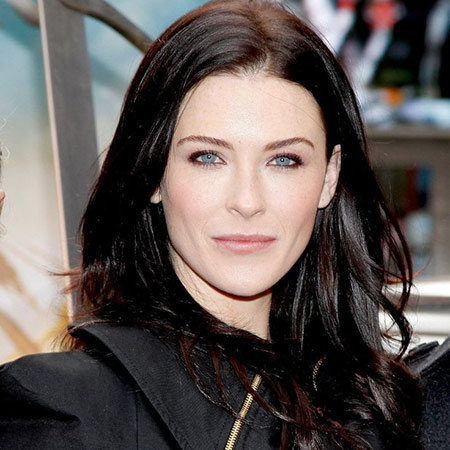 Bridget Regan, an American actress, is notable for her character such as 'Rebecca Lowe' in White Collar, 'Dottie Underwood' in Agent Carter. She appears in TV series The Last Ship alongside Eric Dane, Adam Baldwin, Charles Parnell, Travis Van Winkle and other stars.

She is married to Eamon O'Sullivan and has two children. Their first child, a daughter was born in December 2010. They welcomed their second child, a son in February 2018.

Bridget Regan was born on 3 February 1982 in San Diego County, California, U.S. She was raised in an Irish-American and Catholic family. While growing up in California she knew that acting was what she wanted to pursue her career in. During her high school, she also attended a summer acting conservatory, where a teacher of hers convinced her to train under Gerald Freeman.

Regan spent four years learning in School of Drama at the University of North Carolina School of the Arts where Gerald Freedman was a dean. In 2004, after graduating, she moved from Winston-Salem, North Carolina to New York City and started working on stage while auditioning for movies and television series.

Regan started her acting career in the mid-2000s. Since 2006, Bridget Regan has appeared in numerous television series and in movies. In 2008, she started appearing in the mainstream role in Legend of the Seeker, a television show based on Terry Goodkind’s ‘Sword of Truth’ series.

Bridget portrayed the role of a mother confessor Kahlan Amnell. Likewise, she also ventured into producing with Camp Wanatachi, which was a musical that ran in New York at La MaMa Experimental Theater Club.

In 2012, Bridget Regan was cast as a lead actress in the television series The Frontier alongside Jocelin Donahue, Kelly Lynch, Jim Beaver, Izabella Miko and other stars.

The following year she started a recurring role in the fifth season of the USA Network crime drama ‘White Collar’ as Rebecca Lowe.

The same year she appeared in the series ‘Beauty & the beast’ for a multi-episode arc as Alex. Similarly, in 2014, Bridget was cast in a recurring role in ‘Jane the Virgin’ as Rose and she also had a small role in ‘John Wick’ as Addy.

Since 2016, she is appearing in the TV series The Last Ship alongside Eric Dane, Adam Baldwin, Charles Parnell, Travis Van Winkle and other stars.

The Last Ship is an action-drama television series, loosely based on the 1988 novel of the same name by author William Brinkley. The series premiered on 22 June 2014 at TNT. She joined as one of the main casts in the third season.

She is playing Sasha Cooper- a former Navy Intelligence Officer now operating under diplomatic cover in China for the newly reformed US Government. The season’s fifth and final season is airing since 9 September 2018. The final episode will air on 11 November 2018.

The same year, she also enacted in a Hallmark film Christmas Getaway. In 2017, Regan also featured a guest artist on the TV series Grey's Anatomy.

Bridget Regan is also famous for the comic book community. In fact, she got selected among comic book fans as well as critics as their ideal choice to portray ‘wonder Woman’. But, later, DC finalized Gal Gadot as the Wonder Woman of the film.

Similarly, in 2014 she was also cast in the recurring role of Dottie for 2015 in the comic book based on television show Agent Carter.

Bridget Regan's Net Worth And Salary

Bridget Regan's current net worth is $2 million. She earns a hefty amount of money from her films and television shows. She receives $45K per episode for a TV show, The Last Ship.

Bridget Regan is a married woman. Bridget Regan is married to Eamon O’ Sullivan, an assistant director. The couple met in New Zealand while filming Legend of the Seeker and has become almost inseparable from that onwards. They share two children together.

Bridget and her husband welcomed their first baby, a beautiful daughter Frankie Jean, on 27 December 2010 to the world. The news was revealed by the couple via Twitter two days after the birth of their child.

In March 2018, the couple welcomed their second child, a son Barney’ Moon O’Sullivan. The baby boy is named in honor of O’Sullivan’s father and Moon is the nickname used by Regan’s father. She shares her adorable parenthood on her Instagram. Her Instagram is filled with her children’s wonderful moments plus her family and work life.

The couple also has an adorable pet cat.

Her husband Eamon O’Sullivan is a second unit director or assistant director. He has also written a script for numerous episodes of several television shows. He was a second director of the series Power Rangers Dino Thunder starring James Napier Robertson, Kevin Duhaney, Emma Lahana, Jason David Frank and Katrina Devine in the main role.

He also assisted in the screenplay and direction work in the 9 episodes of the popular TV series Legend of the Seeker in 2008-09. He also worked in the TV movie documentary Cancerman: The Milan Brych Affair (2012).