Boris McGiver is an American actor who has made his acting debut in the drama film Ironweed in 1987. He is famously known for his performance in TV series like House of Cards, The Wire, and Person of Interest, as well as films, including Lincoln and Killing Kennedy. Besides his successful career, among people. he is also known as the son of late legendary actor John McGiver.

Boris McGiver was born on January 23, 1963, in Cobleskill, New York, USA. He is one of ten children to actor John McGiver and his wife, Ruth Schmigelsky McGiver.

Talking about his education, he attended the State University of New York Albany. He earned a bachelor of music degree from Ithaca College and later a master of fine arts from New York University.

Boris McGiver, 59, professionally turned into an actor, making his debut in the drama film Ironweed in 1987. Since then, he appeared in films and TV series like Connie and Carla, Taxi, and Law & Order.

He joined the cast of television series The Wire as Charles Marimow in 2006. He was cast as George Hersh in the science fiction crime drama series Person of Interest from 2012-2014. 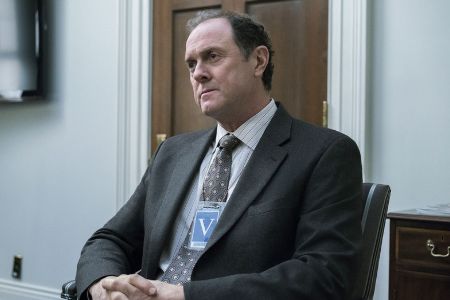 In 2012, he starred as Alexander Hamilton Coffroth in the biographical historical drama film Lincoln. The following year, he acted as John W. Fain in the television film Killing Kennedy.

The actor garnered wife fame as Tom Hammerschmidt in BBC's House of Cards from 2013-2018. Some of his other TV series and films are Boardwalk Empire, Evil, Servant, and Point Break.

In 2020, he played the main role of Glen Maskins in the ABC series For Life alongside Nicholas Pinnock, Indira Varma, Glenn Fleshler, and Timothy Busfield.

Whopping Net Worth Of $2 Million

The 59-year-old actor has an estimated net worth of $2 million as of May 2021. The main source of his wealth is his successful decade-long acting career.

He was cast in the biographical historical drama film Lincoln, which made a significant box office of $275.3 million against the budget of $65 million.

The average salary of actors in the United States falls between $45,000 and $52,000 per annum. He surely has a similar amount of payment.

Married Twice - Father Of A Daughter

House of Cards star Boris McGiver is married to his second wife, Rebecca Lynn Brown. The two walked down the aisle after dating a few times in an intimate ceremony. 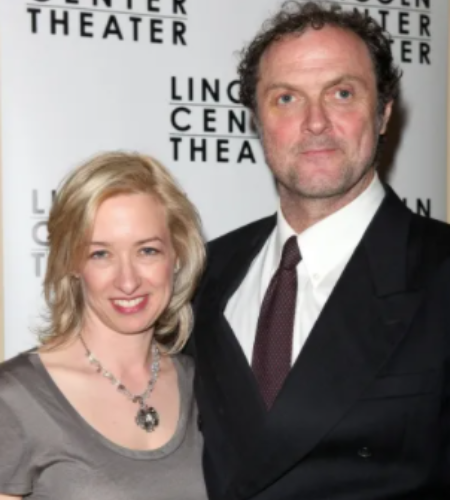 The couple is reported to have one beautiful daughter together, but the details are well hidden.

Prior to marrying Lynn Brown, McGiver was married to Deborah Hecht. After several years, they got separated citing irresponsible differences.