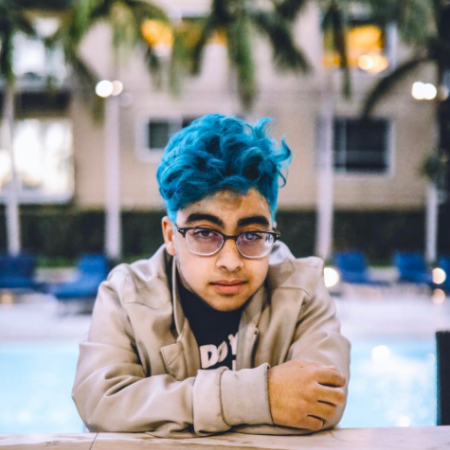 Many people took the help of social media platforms to come off from their frustration. Similarly, the famous Youtuber BigNik also rose to the stardom making his disability his strength by uploading the videos on Vine and Youtube. Likewise, he is known for releasing tracks titled I Don't Wanna Live and No Cap.

BigNik was born with the real name Nik Keswani on Sep 11, 1998, in Boca Raton, Florida, United States. He holds Indian-American nationality and belongs to the Asian ethnicity. 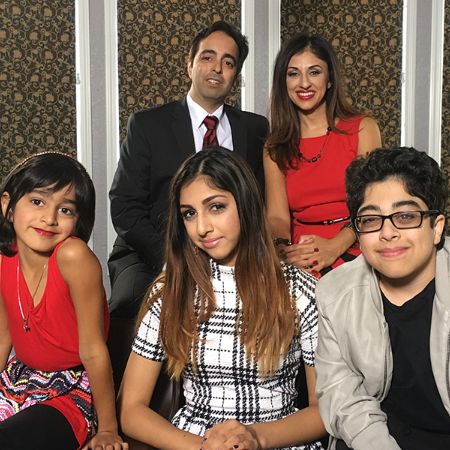 BigNik with his parents and siblings SOURCE: people

BigNik's parents, Anil Keswani and Vaishali Keswani are Indian. Similarly, he has two siblings named Sarina Keswani and Devina Keswani. His younger sister Devina is transgender. At first, the YouTuber found it very distracting to face the fact that he has no brother.

BigNik began his professional journey after his leg surgery. His choose his career as YouTuber for distracting his mind from the frustration and the pain he is going through.

The social media star uploaded his video, and after two months, he gained popularity. He enjoyed his success and began making more videos. Then, BigNik started to make Vines and was popular more. 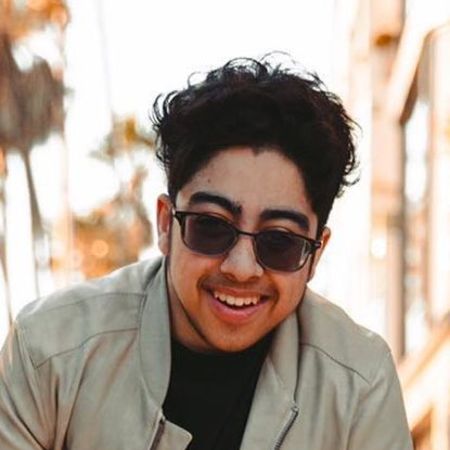 Additionally, his Viners fellow wanted to work with him in the online business as he was popular Viner. Later, the Vine app shut down in 2017, and he began uploading videos on Youtube. BigNik collaborated with fellow stars like Jake Paul, David Dobrik, and Brent Rivera in May 2014. Furthermore, he appeared in MTV News, LA Times, Vogue, People Magazine, and Vogue.

BigNik has his own Youtube channel titled Big Nik. He has over 1,076,307 subscribers and gains estimated earnings of $107 to $1.7K per months, as of later August 2019. Similarly, the prominent figure also receives an earning between $1.3K to $20.6K yearly.

Moving towards BigNik's personal life, he seems to be single at the moment. He prefers keeping his private life in a low key, so to date, there is no information about his relationship.

According to the reports, in 2016, BigNik once disclosed that he was single and not dating anyone. He did not hesitate to talk about his single life and had shared a tweet saying:

Back to being single, not that I wasn't recently, just giving an update ya feel?

Later, on May 2, 2018, the media sensation introduced a girl with a dwarf syndrome as his girlfriend but it later came as a prank. The lady in the prank video is 3 feet 11 inches tall while the Youtuber is 3 feet 9 inches in height.

The talented BigNik was born as a dwarf and had done many surgeries of his legs, ankles, and buttocks. He was in a wheelchair after his surgery for almost six long months.

At that time, he started making videos, recording vines, and uploading it on Youtube. This makes him more pa s sion for making videos, and as a result, BigNik became a famous social personality. He has a galaxy eye which is the distinctive character of him.