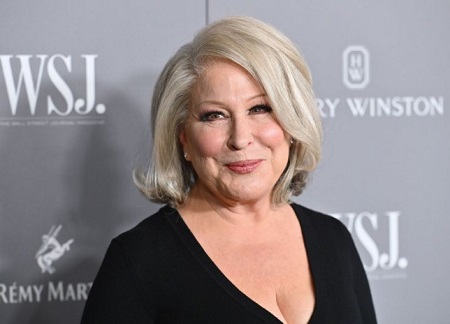 Bette Midler is an American singer, songwriter, actress, comedian, and film producer. She gained her fame from the movie The Rose for which she won two Golden Globes. Her other notable works include Down and Out in Beverly Hills, Gypsy, and Bette. Not only in the big screen, but she also showed her magic on TV also including Primetime Emmy Award-winning show The Tonight Show Starring Johnny Carson and Bette Midler: Ol' Red Hair Is Back. Her singing skill made her won 5 Grammy Awards including single From A Distance, Wind Beneath My Wings, and The Rose.

Bette Midler was born on 1st December 1945, in Honolulu, Territory of Hawaii, United States. She belongs to mixed ethnicity and holds the American nationality.

She is one of four children of father Fred Midler and mother Ruth Schindel. She was raised along with her three siblings two sisters Susan Midler and Judith Midler and brother Daniel Midler.

Talking about her education, he graduated from Radford High School in Honolulu. She joined her bachelor's degree at the University of Hawaii but left her education after three semesters.

Won Golden Globes And Grammy Award For Her Work

Bette Midler started her career from the theater Drama. She made her official debut from the feature film The Thorn in 1971. The following year hse debut as a singer with her album The Divine Miss M and was won Best New Artist with her first album. 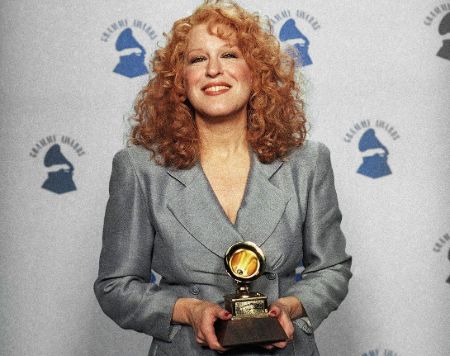 In 2019, she gave her voice for the animated feature film The Addams Family in which Oscar Isaac, Charlize Theron, and Chloe Grace Moretz also gave the voice. The following year she appeared in the movie The Glorias. She also shared her screen along with Ben Platt, Zoey Deutch, and Lucy Boynton in television series The Politician.

What Is The Net Worth Of Bette Midler?

Bette Midler has an estimated net worth of $250 million as of 2020. She collected this huge net worth from her career as an actress and singer. 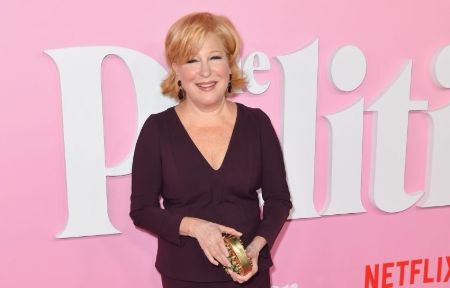 Bette Midler at the premiere of TV series The Politician SOURCE: Getty Image

She has appeared in many television series and films. But she has shared her salary of two movies Divine Madness and The Rose which is $850,000 and $600,000 respectively.

The actress once owned a triplex apartment on Fifth Avenue in New York City which she put on sale for $50 million in September 2019. She also owns a 38+ acre land on the Island of Kauai that she purchased in 1988 for $1.5 million with no mortgage.

Bette Midler started dating producer Aaron Russo in 1972. Bette and her then-boyfriend Russo dated for some time and went to their separate way. Then for a year, she dated Peter Riegert in 1975.

She again dated Aaron Russo after her break up with Peter Riegert. They for many years and went to their separate journey permanently this time in 1979.

Then She met her future husband Martin Von Haselbberg and exchanged their vows on 16th December 1984. She was pregnant with her first child but suffered from a miscarriage in April 1988. 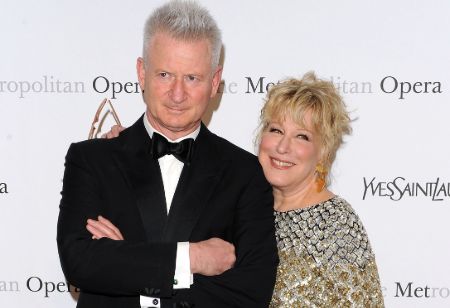 The couple is blessed with the child daughter Sophie von Haselbag. Her daughter is also an actress and producer. The actress is now living a wonderful life and spends 35 years with her husband happily.