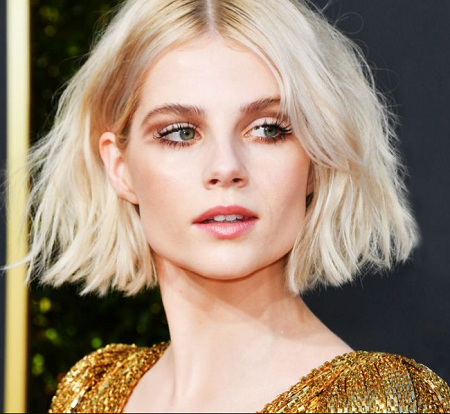 Lucy Boynton is a British-American actress best known for her appearance as the young Beatrix Potter in her debut film Miss Potter. Her other films credits are Copperhead, Sing Street, Murder on the Orient Express and Apostle and Bohemian Rhapsody. She has been in a romantic relationship with her Bohemian Rhapsody co-star Rami Malek.

Lucy Boynton was born as Lucy Diana Boynton on January 17, 1994, in New York, New York, the United States of America, to her father Graham Boynton and mother Adriaane Pielou.

She and her family later moved to London where she was raised along with her elder sister, Emma Louise Boynton

Her father was a British-born group travel editor of the Telegraph Media Group while her mother was a travel writer. She is of British-American nationality and belongs to white ethnicity.

As for her educational background, Lucy has attended Blackheath High School. She then studied at James Allen's Girls' School in Dulwich, south London.

Lucy Boynton made her professional role debut by playing the role of young Beatrix Potter in the British-American drama romance film, Miss Potter, in 2006.

For her performance in Miss Potter, she was nominated for the Young Artist Award for Best Performance in a Feature Film – Supporting Young Actress.

In the following year, she played the role of Posy Fossil in the BBC film, Ballet Shoes, which was directed by Sandra Goldbacher.

In 2011, Boynton played a guest lead on Lewis. She appeared in Mo with Julie Walters and David Haig.

Her other notable roles in films include mysterious model Raphina in Sing Street (2016), a ghost Polly Parsons in I Am the Pretty Thing That Lives in the House (2016) and Helena Andrenyi in Murder on the Orient Express (2017).

Lucy Boynton is one of the successful and renowned film and television actors and of course, she earns a huge amount of money from the Holly industry.

According to the DreShare website, Boynton has an estimated net worth of $2 million. She earns a big amount of salary which adds up to her total fortune.

Moving towards the personal life of Lucy Boynton, the 25-year-old actress is in a romantic relationship with her Bohemian Rhapsody co-star Rami Male.

The couple met on the set of their 2018 drama film Bohemian Rhapsody in London, fell in love and eventually started dating. 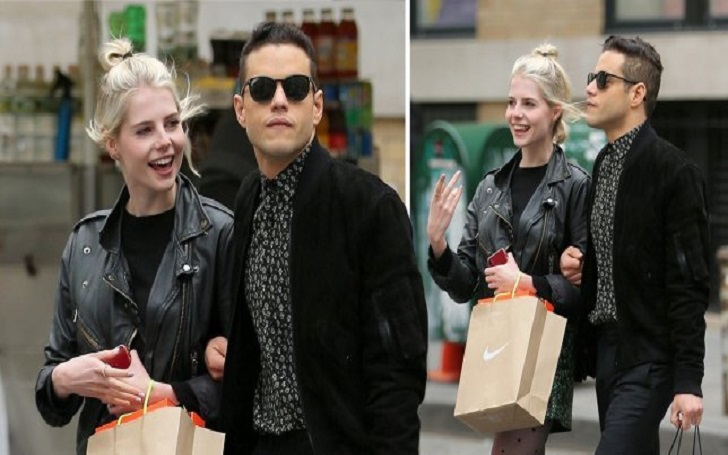 The relationship between the actors was confirmed in August 2018 when they were spotted making out in many places and events but they only made it official in January 2019.