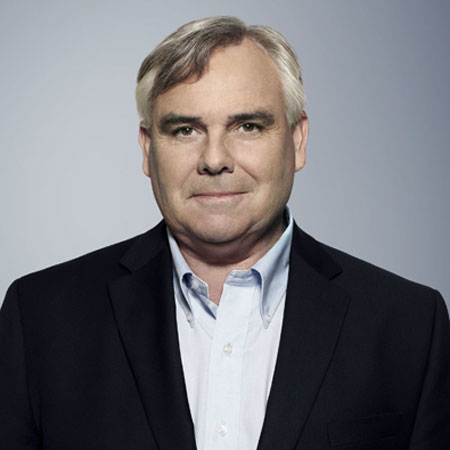 Ben Wedeman is an American journalist and war correspondent who has been serving as the lead correspondent in Jerusalem since 2009. He has been working for CNN since 1994 and is also the winner of multile Emmy Awards.

Ben Wedeman was born on September 1, 1960, in Washington D.C, United States to Miles G. Wideman, and Martha Jean. Her father Miles was a diplomat and civil servant from Pennsylvania and also a devout Quaker whereas her mother was a reporter for the Washington Post.

Ben has an elder sister Sara, a Psychologist, brother Andrew, a political science professor and another brother Nicholas Wideman.

Ben grew up with his siblings in his hometown where he got very healthy environment from his parents and siblings as well. Wideman spent most of his childhood out of the U.S. after being moved to South Korea in 1968 along with his family during his father's work. He belongs to white ethnicity and holds an American nationality.

During the Cambodian Civil War, his family moved to Phnom Penh, Cambodia while before shifting here he spent some time in Bankok, Thailand. Later, his father also served in the Ivory Coast and Syria working for USAID.

Talking about his formal study, he attended boarding schools in Beirut, Lebanon, Tangier, Morocco, and Windsor, Connecticut. Later he enrolled at the University of Texas at Austin from where he graduated with a bachelor's degree in Oriental Languages and Linguistics in 1982.

Later, Ben collected his master's degree in Middle Eastern Studies from the University of London's School of Oriental and African Studies.

After completing his education, Ben started his career at CNN in 1994, when CNN originally hired him as a local Jordanian employee and he worked as a producer, fixer and sound Technician. After his great hard work and sincerity, he eventually rose to be CNN's Bureau Chief in Amman.

Ben also worked in Cairo, Egypt as the CNN’s bureau chief in between 1988 to 2006 and covered the story of a protest against president Hosni Mubarak as well other conflicts in the Middle East.

In the year 2009, he was appointed as CNN’s bureau chief in Cairo, where he led CNN's coverage of the uprising against then-President Hosni Mubarak as well as the wider unrest in the Middle East.

Ben has also covered the 2011 civil war in Libya that put an end to the Muammar Gaddafi rules. Expect in the Middle East, he also had been to war zones in Africa, the Balkans, and Afghanistan.

Ben Wedeman has even appeared in a year-end special hosted by Anderson Cooper along with other correspondents Arwa Daman and Nic Robertson.

Ben is married to Yesmine Perni and has three children with her. Working as the journalist, he has been unable to manage time for his family.

Ben Wedeman has always dedicated his time to network. He often visits the war affected areas to cover the news. He has always been close to the people and often shares valuable images taken by him.

Ben spends most of his time out of his home and city. He has not got proper time to spend with family.