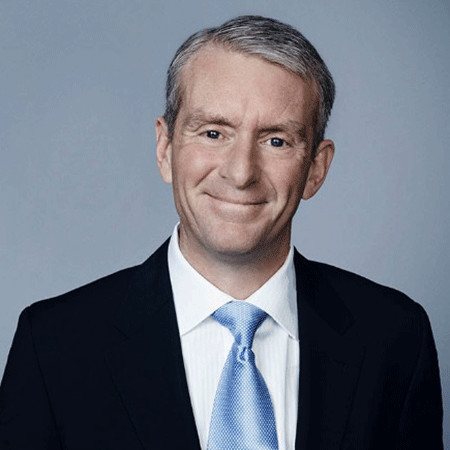 Fifty-five years old Nic Robertson is an award-winning CNN international Diplomatic Editor whose knowledge, experience and expertise have established his reputation as one of the finest international correspondent in the industry. Nic Robertson was born on June 8, 1962, in the United Kingdom. He spent his childhood in his birthplace with his family.

Nic Robertson graduated from Aston University, which is a public research university situated at Gosta Green, in the center of Birmingham, England. Robertson began his career in broadcasting in 1984 within the engineering arm of the UK’s independent Broadcasting Authority. He then served as an engineer with TV-AM until 1989. He travels often to cover global terrorism, wars, armed, conflicts and a range of other major news events.

In 1989, Nic Robertson began his career at CNN, where he worked as a satellite engineer. Robertson has appeared in public when he lived in Baghdad with Peter Arnett at the begin of the Persian Gulf War in 1991. After that, he moved to Chicago, where he became a producer CNN’s Chicago Bureau, then became the producer for Christiane Amanpour. He moved to CNN’s London bureau, where he later made the jump to newsgathering.

Nic Robertson has worked in various war zones including, Pakistan, Afghanistan, the former Yugoslavia and worked in across the Middle East. Later in 2002 and early 2003, Nic Robertson reported from Iraq, during a period of growing stress between Saddam Hussein’s government and the Taliban response. CNN sent Robertson to New Orleans to report on the aftermath of Hurricane Katrina in 2005. He is also one of the western journalists to reach Osama Bin Laden’s, who was killed by US navy Seals in May 2011.

Taking about his personal life, Nic Robertson has been married to Margaret Lowrie, who is a former CNN correspondent. The couple has two daughters. However, there is no information about them in social sites, only their photos are available.

Nic Robertson was honored with many awards like Overseas Press Club Awards, a Peabody, a Dupont, and many Emmy Awards for his work in war zones and disaster areas around the world.?