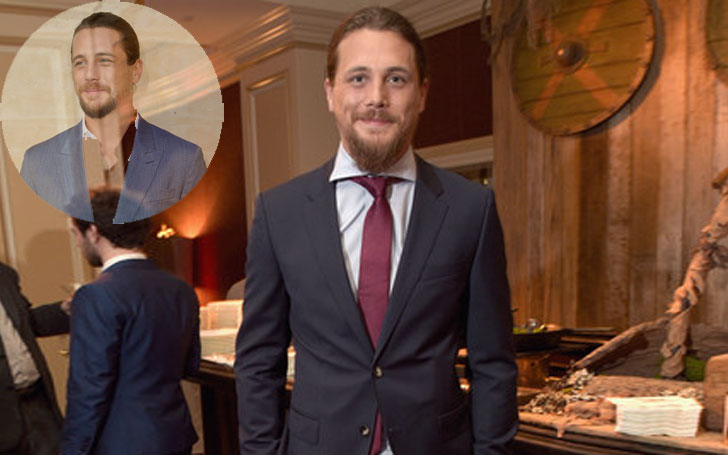 Animal Kingdom star Ben Robson is also known for his performance in the drama series Vikings. He is 33 and has he found his Love? Is he dating anyone? Who is his girlfriend? Let's find out here.

Who is Ben Robson Dating currently?

Vikings' star Ben Robson currently romantically linked to Baywatch star, Charlotte Mckinney. The rumors of the romance between Robson and Mckinney sparked after they appeared together in Malibu for a coffee date in April 2017. The pair were caught getting out of local Starbucks.

The pair appeared in casual wear for the date.The  23 years old model showed off her toned legs in jeans shorts whereas Robson wore a plain T-shirt,  Jeans,  and a Cap. Prior Robson, the model dated actors like Scott Eastwood and Stephen Dorff. However, Robson and Mckinney haven't confirmed their relationship officially.

Also read: Do you know who is Scott Eastwood's new partner? Know here...

Ben Robson was romantically linked to Cressida Bonas in 2015. Bonas was previously in a relationship with Prince Harry. Robson and Bonas' dating rumor sparked after they met at a party in Chateau Marmont in January 2015 where Bonas was caught hugging the Vikings star and also they spent a long time chatting.

The Animal Kingdom shared some personal information in an interview with TheCut.com. His answers really signify his personality

"I’m obsessed with vintage rock t-shirts and plaids and I’ve found this amazing store that I love going to – Kelly Cole on La Brea. My style has changed a lot since growing up in Newcastle. I think your environment really dictates what you’re going to wear and how you’re going to wear it."

"Raising kids is one of the hardest jobs in the world. It’s a lifetime’s work and no one knows if they’re doing it right or wrong. I think [as an adult] you find that respect for how much sacrifice they’ve gone through to give you the best opportunity."

Robson has a younger brother and sister. They both live in London but still, he is close with his siblings, and they are supportive of each other. He also shared he is proud of them.