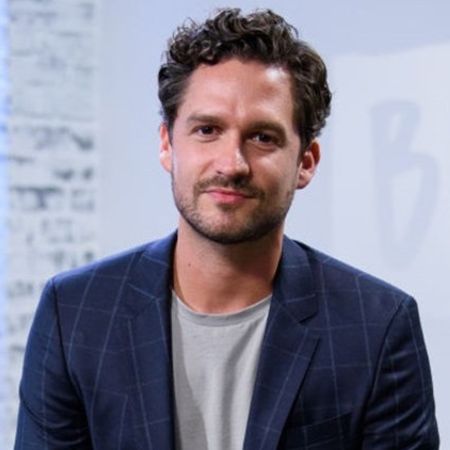 Ben Aldridge is an English actor, known for his role in DC's comic adaptation Pennyworth, Our Girl and Lark Rise to Candleford. He has also appeared in the British-Australian war movie The Railway Man. Besides, he has also worked as a voice actor in The Secret World.

He has a sister named Emma Aldridge, with whom he grew up in his hometown. His sister Emma is a primary school teacher in Exeter.

He went to St. Peter's Church of England High School in Exeter. Later, he joined the National Youth Theatre of Great Britain from 2002 and graduated from there in 2006. Aldridge also went to the London Academy of Music and Dramatic Arts, from which he graduated in 2008.

Debuted From The Devil's Whore

Ben got his first acting role in a mini-series The Devil's Whore, which was broadcast in 2008. A year later, he portrayed the role of Alex in the 2009 television movie Compulsion. His work earned him his first major role as Daniel Parish in Lark Rise To Candleford in 2010. He appeared in a total of 16 episodes of the show until 2011.

In 2013, Ben debuted in Hollywood from a movie The Railway Man, in which he got a chance to act with the likes of Colin Firth, Nicole Kidman, and Stellan Skarsgard. He is also famously known for his portrayal of  the character of Captain Charles James in the 2014 television series Our Girl.

In 2019, he continued to play as Captain Charles James in Our Girl. Besides, he famously works on DC's superhero comic television adaptation Pennyworth, in which he shares the screen with Ryan Fletcher, Jack Bannon, and Paloma Faith. The series has been picked up for the second season.

Actor Ben has been working in the entertainment industry for more than a decade now. He has gathered $1 million net worth from his work as an actor.

He has appeared in various television series for which he has undoubtedly got a salary in thousands of dollars. 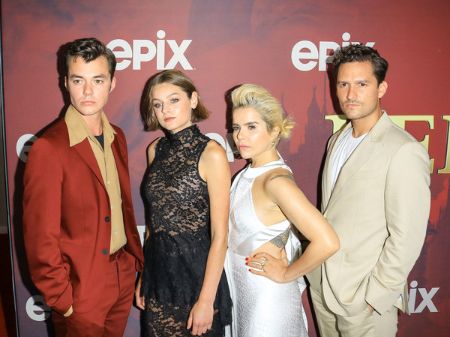 Ben Aldridge With his co-actor of Pennyworth at Pennyworth Premiere SOURCE: Getty Image

He has also been a part of some movies, which has done well at the Box Office. His film The Railway Man collected $22.3 million from just $18 million budget. So, he is believed to have received an alluring paycheck for his work.

Despite being in the limelight for years, actor Ben Aldridge has always remained low key when it comes to his personal life. The 34-year-old actor is not married as of 2019. He is not known to be in a relationship as of now, however, no any official source has confirmed the actor to be single. 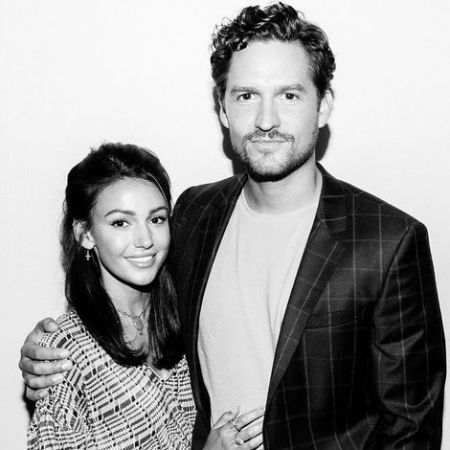 Meanwhile, the actor was once rumored to be dating his Our Girl costar, Michelle Keegan. He also posted a photo on his Instagram, however, both the actors denied to be in a relationship.