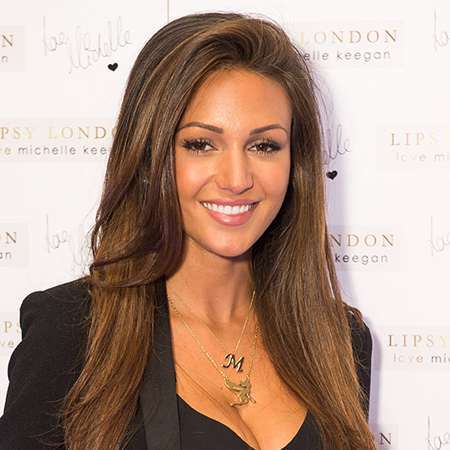 Michelle Keegan is an English actress. She is notable as Tina McIntyre in the ITV soap opera ‘Coronation Street’. In 2015, she played Tracy in the BBC drama series ‘Ordinary Lies’ and in 2016, played Corporal Georgie Lane in BBC hit drama series ‘Our Girl’. Similarly, the same year, Michelle was awarded FHM ‘Sexiest Woman in The World’.

Michelle Keegan was born on 3 June 1987 in Stockport, Greater Manchester. She is the proud daughter of an English father and Gibraltarian mother. She has a younger brother named Andrew Michael. Michelle went to St Patrick’s RC High School in Salford and later joined the Manchester School of Acting. She started her career working at Selfridges in the Trafford Centre and also as a check-in agent at Manchester Airport. Later on, she pursued her dream of becoming an actress.

In late 2007, after the second audition, Michelle Keegan was offered the chance to play the role of Tina McIntyre in ‘Coronation Street’, beating around 900 other people who were also trying out for the part. She was on the show until her character died in late May 2014. In 2009, she appeared on Stephen Mulhern’s ‘Anonymous’, a prank show on ITV. Later that year, she made her radio debut co-hosting the BBC Radio 1 programme ‘The Official Chart’.

Similarly, Michelle was on the cover of FHM magazine in 2011 and was placed number 30 and 26 in their Sexiest Women Poll for 2010 and 2011 respectively. She then appeared in FHM again in March and was placed at number four and number one in 2015.

She later flew out to South Africa to film a special film for ‘Coronation Street’ and starred in 2009 Red Dwarf Easter special. Likewise, she also went on a European tour to perform as Tinkerbell in ‘Peter Pan’. In 2015, Michelle played Tracy in the BBC television drama series ‘Ordinary Lies’. The same year, she appeared as a guest star on the ITV2 comedy series ‘Plebs’. Currently, she has been filming the new ITV drama series ‘Tina and Booby’, based on the Tina’s Dean’s and Bobby Moore’s relationship in which she will play Tina. The show will air in 2017.

Michelle Keegan was once engaged to The Wanted’s Max George after meeting him at one of their concerts in 2010. However, they broke their engagement in 2012. Shortly, after her break up from Max, Michelle began dating Mark Wright and on 9 September 2013, they got engaged. Later on 24 May 2015, Michelle married her longtime boyfriend Mark on an especial ceremony.

The net worth of Michelle Keegan is estimated at $2.7 million dollars. She was able to earn such an amazing net worth through her outstanding acting career. She also gets paid through several ads, sponsorships, endorsements, featuring and so on.