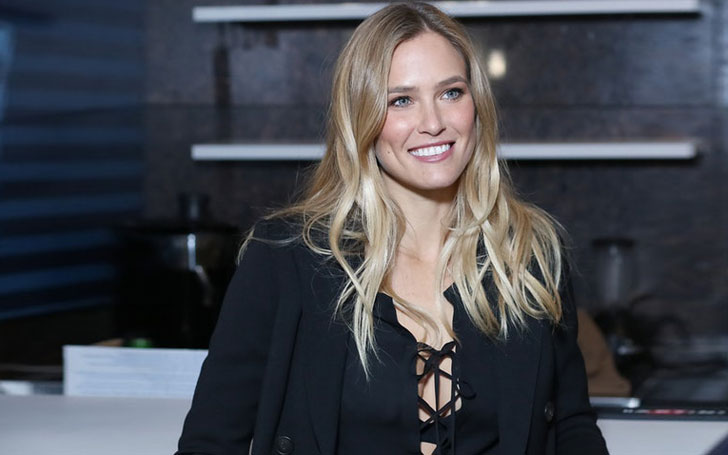 Israeli Model and Businesswoman Bar Rafaeli is soon going to extend her family and big changes are in store for Bar Refaeli in 2016. The model confirmed she's pregnant with her first child. She shared a touching Instagram photo on December 31, making the New Year eve worthwhile. She posted a picture of a positive Clearblue pregnancy test accompanied by a short but sweet caption the Israeli stunner made the exciting announcement to her 2.1 million followers on instagram. All her fans congratulated her on her happiness.

She decided to make the announcement in the eve of the new years, welcoming the new years with an announcement of a new member coming this year in 2016. Refaeli was first dating Leonardo Dicarpio, in 2009 after meeting at a party. Their romance ended quick and 2010 they finally split and ended up in separated ways. Refaeli then got engaged to Israeli businessman Adi Ezra in March 2015. She has stated that she plans to raise "a big Jewish family" with him.

She and Ezra married in a private wedding ceremony in Israel on September 24, 2015. And now she is expecting her first child with Ezra. Her baby bump is not that visible as she is just five months pregnant. But it sure is growing. She shared a photo with her fans of her soaking up in the sun, wearing a bikini and of course flaunting her baby curves. She is excited to be a mum and start a new family with her husband. She also stated that she always wanted to have a big family with someone she loves. Well looks like Rafaela’s wait of leading a happy family life is here to stay. And in fact it’s just the beginning. The couple has said to make arrangements for welcoming their first child together. Congratulations to both going to be parents!