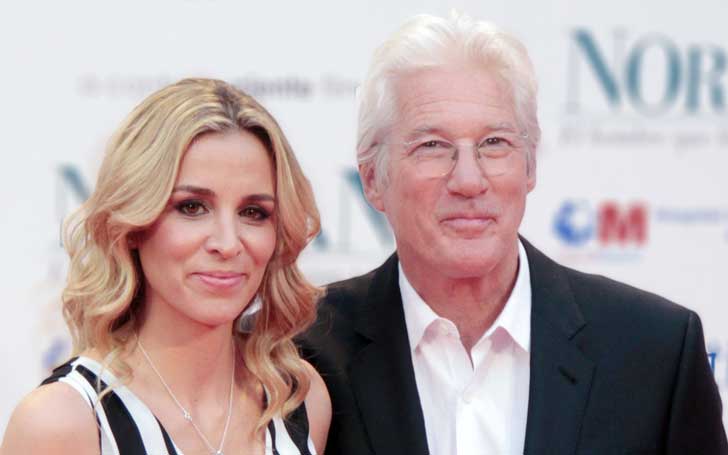 Silva announced her pregnancy in an Instagram post on Sunday, 16th September where she shared a photo flaunting her growing baby bump and the Buddhist leader blessing her bump.

"A very special moment just a few minutes ago... Getting blessings for our precious to come," wrote Silva alongside the photo.

The 69-year-old actor is already a father to an 18-year-old son Homer James Jigme with ex-wife Carey Lowell. The couple's upcoming bundle of joy will also be the second child for Silva, who shares a 5½-year-old son Albert with her ex-husband.

Gere and Silva who were familiar with each other for over a decade started dating in 2014. A source close to the couple revealed the couple got married secretly a long time ago to People in April 2018. The source told,

They're so comfortable with each other, have fun together and are looking forward to their future together.

According to Hola, the Spanish outlet, the lovebirds who were in a relationship for over four years tied the knot in a civil ceremony in early April and celebrated the nuptials at a party in New York in early May. 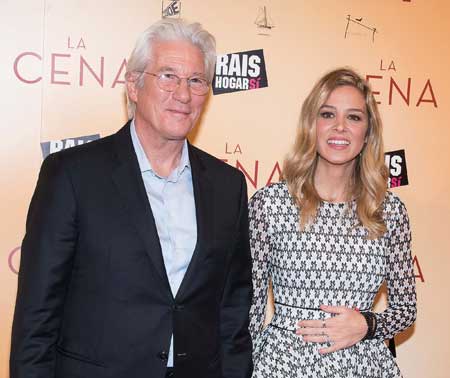 Months after his wedding, a source close to the couple told Chicago star:

Practicing Buddhism and doing humanitarian work have fulfilled and transformed him, and he is at a stage when he can make the kinds of films that he likes.

Before Silva, Gere was married twice; first to supermodel Cindy Crawford, with whom he remained married from 1991 to 1995. He later tied the knot with Carey Lowell in 2002 and welcomed a son with her. Richard and Lowell separated in 2013 and they finalized divorce in 2016.