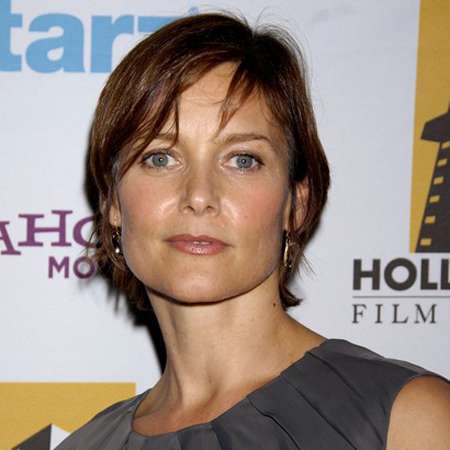 Starting her acting journey with a small role in a 1986 movie Dangerous Close, Carey Lowell continued to make films, however, her big break came when she grabbed a role in one of the most viewed TV series Law & Order from 1996-2001. She has also played several other iconic roles in numerous projects like Sleepless in Seattle and Leaving Las Vegas. Besides, she is a former model too who in a past model for Ralph Lauren and Calvin Klein.

Carey Lowell was born on February 11, 1961, in Huntington, New York, United States. Carey is the daughter of James Lowell, who is a famous geologist. She was raised in Houston, Texas and she also spent some of her childhood days in Libya, the Netherlands, and France.

She belongs to Native American descent and her parents were American. According to Carey’s nationality, she is American. She is white by her ethnicity. There is no update on Carey’s sibling.

Carey Lowell attended the University of Colorado which is located at Boulder and from where she majored in literature. Later she moved to New York City to pursue modeling and she also studied at New York University. Carey has also studied in Neighborhood Playhouse School of the Theatre.

Lowell started her role as fictional character Jamie Ross is an American police procedural and legal drama television series Law and Order where she was featured in 49 episodes of the television series. Her other television credits include Homicide: Life on the Street (1997), and Six Degrees (2006). Her other successful projects are 007 Legends and Blue Bloods.

Carey Lowell's Net Worth And Salary

Carey Lowell, throughout her illustrious acting career, has played a number of breakout roles in both movies and TV series. As per estimation made by Celebrity net worth, her estimated net worth is around $6 million, as of 2018.

The actress was a cast in the movie Sleepless in Seattle which became the huge hit at the box office grossing over  $220 million worldwide on $21 million films. In the movie, she shared the screen alongside Tom Hanks and Meg Ryan as well. One of her another commercially successful movie is Leaving Las Vegas which made more than $49 million worldwide against its producing cost of $4 million. She previously modeled for several clients and at that time her salary was around $55,000 a year.

Carey Lowell has been married three times. In the past, Carey may have dating relation with several other guys and she has also several rumors relating her affairs, but she has not disclosed about it.

Carey Lowell had an affair with fashion photographer John Stember to whom she married in 1983 and after 5 years of relationship, she attended divorce with him. And later in 1988, she was married for the second time with actor Griffin Dunne and she has a daughter with her spouse. They remained together in marriage relation for about seven years and they later separated in 1995.

Carey was married for the third time in her life with an American actor and boyfriend Richard Gere in November 2002. After 11 years in a relationship, they separated in September 2013. Talking about her children with Gere, she has a son Homer James Jigme Gere born on February 2000.

Her sexual orientation is straight