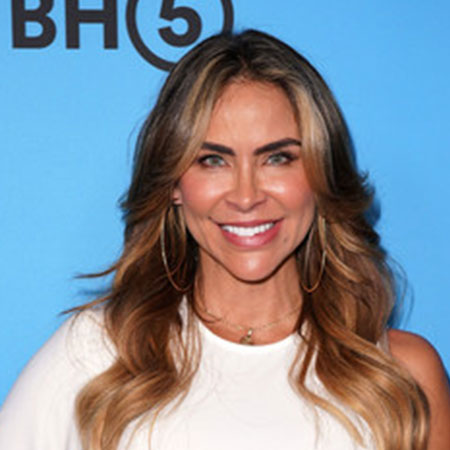 Cuban actress, model as well as a ballet dancer, Aylin Mujica is known for her appearances on the television series Aurora and Corazón Valiente. She also appeared on television commercials as well as a music video for artists like Marcelo Cezán and Willy Chirino.

Aylin Mujica was born on 24th November 1974 in Havana, Cuba, under the birth sign Sagittarius. She holds a Cuban nationality.

Mujica went to the National Ballet School and then joined the Higher Institute of Arts in Cuba. Also, she studied filmmaking at the International Film School in her hometown.

Talking about her career, she first worked as a model in television commercials and in some music videos in Mexico. Further, she worked in music videos for several famous artists such as Willy Chirino, Marcelo Cezán, Albita Rodríguez, and others.

Later, she rose to the hype after she posed for the cover of Spanish magazine Interviú1. She also did a photo shoot with the magazine H para Hombres. Along with modeling, she is also an actress who worked in Telemundo, Corazón Valiente, and Los Miserables among others.

Aylin Mujica has ama s sed a good sum of net worth as an actress. According to the celebrity net worth, she has an estimated net worth of $4 million in 2019.

Mujica is believed to have earned a handsome amount of money from being a part of several successful movies and TV shows.

Aylin Mujica, aged 44 (2019) is possibly single at the present but she was married thrice previously. She was first married to the Cuban musician, Osamu. The couple welcomed a son Mauro in 1993. The married couple got divorced later due to their irreconcilable differences.

She then married television producer, Alejandro Gavira, with whom she also shares a son Alejandro, born in 2000. She hasn't revealed what ruined her married life with her second husband.

Mujica married actor Gabriel Valenzuela on September 24, 2010. They dated for some years before they exchanged their vows. They gave birth to a daughter, Violeta on April 6, 2010.

Around two years after their marriage, the couple started facing problems in their conjugal life and in the summer of 2012, they announced their separation.