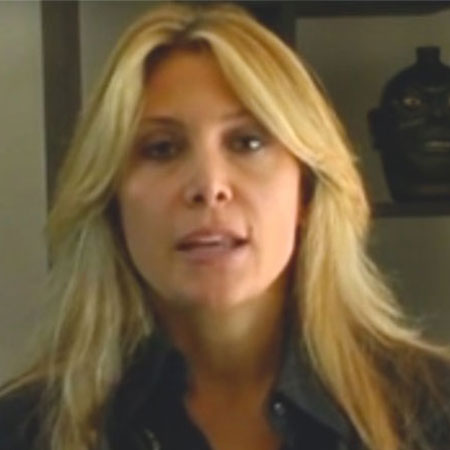 Many celebrities come to the limelight after years of struggle a lot, however, there are also a few people who rose to stardom through their relationship. Skylar Satenstein is such a person who rose to prominence after marrying famous American musician Lars Ulrich. Moreover, she is also an emergency medicine physician.

Besides, she also has been in an unsuccessful marriage. She was previously married to Lars Ulrich. However, the duo soon got a divorce. But what was the reason behind their separation? Does she have any children from her previous marriage? What about her life at present? Is she dating a boyfriend?

Here is all you had been looking to know about the beautiful Skylar.

Skylar Satenstein was born on 23rd June 1971 in New York City, the United States under the birth sign of Cancer. She is the daughter of Celia Onkels, and Frank Satenstein, who worked as a producer and director for CBS Television.

Satenstein’s parents were divorced, and later her mother married a lawyer named James Hogan. She has a brother, Louis, and a sister, Sloan Satenstein Klein.

Talking about her education, she first went to the Ransom Everglades School in Florida. She studied Cellular and Molecular Biology at Harvard University from 1989 to 1993. Also, she obtained a Bachelor’s degree in Applied Science (B.A.Sc.).

In 1993, Satenstein joined Columbia University’s College of Physicians and Surgeons, earned a degree as Doctor of Medicine in 1997. Likewise, she joined the University of California at Berkeley in 2001 and received a Master’s degree in Public Health in 2002.

She studied Preventive Medicine at the University of California in San Francisco, from 2002 to 2003. Later, she obtained a Master’s degree in Physical Medicine and Rehabilitation.

Skylar Satenstein was appointed as a resident during her intern at the San Francisco Department of Public Health in 2002. Moreover, her experiences at the post-event vaccination campaign against smallpox helped her to complete her thesis on "The Complications of Smallpox Vaccination."

In 2009, she switched her stream to a cosmetic surgeon in order to help people retrieve their ‘lost’ beauty. She was frequently featured in E! True Hollywood Story and The Howard Stern Show. Furthermore, she was a part of the 2004 doc u mentary, Some Kind of Monster.

In addition, she served eight years at the Current Health Medical Group in San Francisco before her departure in 2014. She is a licensed plastic surgeon and runs her own private practice, Skylar Ulrich Aesthetic and Laser Medicine since 2012.

Skylar Satenstein is active in this profession for a long time and has summoned an impressive sum of net worth from her career, as she has collected $2 mllion net worth as of 2019. Her fortune in 2022 is allegedly $2.5 million.

She has been a s sociated with several health medical groups which include, Skylar Ulrich Aesthetic and Laser Medicine among others. It is reported that the average salary of an emergency medicine physician is about $323,664 per year.

Satenstein’s ex-husband Lars Ulrich's net worth is $300 million. On the other hand, The Richest claimed his net worth to be $200 million as of 2019.  So, after divorce, she must have received a few million dollars as a spousal as well as child support.

Skylar Satenstein, aged 57 (2019) was married to a famous Danish musician, songwriter, actor, and record producer, Lars Ulrich. He is well-known as the drummer and co-founder of the American heavy metal band Metallica which includes Dave Mustaine, James Hetfield, Cliff Burton, and so on.

The former couple tied the knot on 26 January 1997 ins very closed ceremony among their close friend and family. The couple was going very strong together however decided to part their way after seven years of relationship.

As per some online sources, Satenstein is a former girlfriend of actor Matt Damon, however, there is no official information regarding their relationship. Meanwhile, Lars Ulrich was married trice, Debbie Jones was his first wife, and Danish actress Connie Nielsen was his third wife.