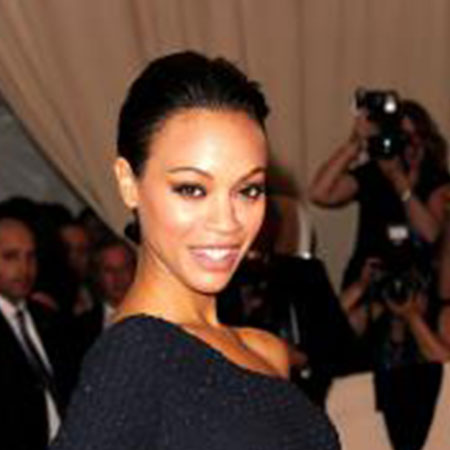 Popularly known as the former wife of American cinematographer Daniel Moder, Vera Steimberg is a make-up artist by profession. Her ex-husband is one of the renowned names in Hollywood known for his works in Secret in Their Eyes, The Mexican, and Fireflies in the Garden.

Vera Steimberg Moder was born in 1973 in Buenos Aires, Argentina. Soon after her birth, Steimberg's family shifted to the US where she grew up and completed her education.

Moder was interested in makeup from an early age which later made her pursue a career in it. She has been working in the industry for more than 15 years and has collaborated with many A-lister Hollywood celebrities like Sarah Baker, Zoe Saldana, Lou Doillon, Gabrielle Union, and others.

The makeup artist is best known for transforming Eddie Murphy into the titular character in The Nutty Professor. Moreover, she worked for Zoe Saldana in many of her movies as her personal make-up artist.

Vera Steimberg possesses an estimated net worth of $1 million. The main source of earning is her career as a celebrity make-up artist. Usually, the makeup artists earn between $27,740-$88,550 which goes up to $120k as per their skills and experiences.

On the other hand, her former husband Daniel Moder has an estimated net worth of $10 million. As per the reports, Vera received a good sum of money as part of the divorce settlement.

What is She Doing After Her Divorce With Ex-Spouse Daniel Moder?

Vera Steimberg is possibly single at the moment but previously she was in a marital relationship with the cinematographer Daniel Moder. The duo tied the knot in 1997, in a private wedding ceremony attended by their families and friends.

The couple, however, did not last long and got divorced in 2002. They did not share any child.

After her divorce, Daniel married to actress and producer, Julia Roberts with whom he shares three children, daughter Hazel Moder, and sons Henry Daniel Moder, and Phinnaeus Moder. She often says she still shares a cordial relationship with his former spouse.

Happy birthday to The gorgeous, amazing, beautiful and kind @zoesaldana i love you! Wish you all the best #happybirthday #zoesaldana #birthdaygirl

The makeup artist frequently shares her personal and professional life with her fans and well-wishers via Instagram. She has a very good bonding with Zoe Saldana with whom she has worked for years.

Following her divorce with her ex-spouse Daniel, Vera Steimberg Moder has remained tight-lipped about her love life. She has yet to introduce anyone as her boyfriend. She often shares romantic snaps to her Instagram account but has never talked about her relationship.