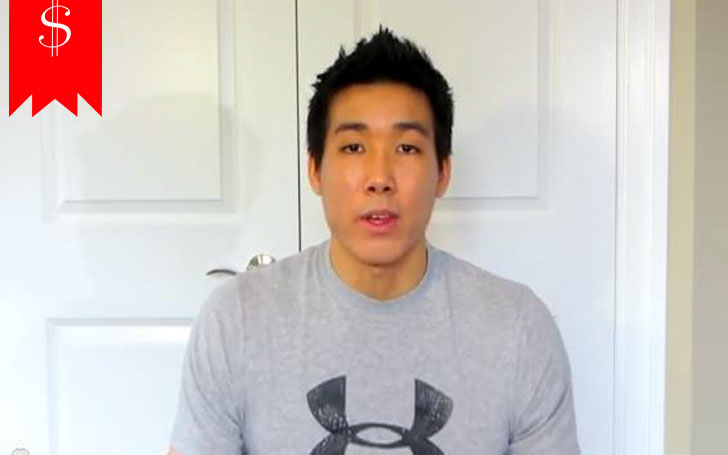 Do you play games? Then you might know VanossGaming or recognize the name, Evan Fong.

Twenty-one years old Evan Fong has a Youtube Channel which is going to be on the list of Top 25 list of most subscribed channel taking over other famous celebrities like Ellen DeGeneres and Justin Bieber.

By posting a video people of playing games and people talking VanossGaming has more than 20 million subscriptions and 2 billion views which are increasing by the day. He has the huge net worth of around $7.8 million.

His daily earning is estimated to be around $12,000 which makes his yearly income of around $4 million according to 2017 reports. This is his earnings from the Youtube channel besides, he even sells some merchandise through his website.

According to the payment system of youtube in 2016, VanossGaming earned close to $300k per month. If you convert it into yearly, it will be $3.6 million a year. Wow! a youtube channel earning millions of dollars!!

How Evan Fong made the net worth of millions with a trending career?

As per the young people, going online and listing to people talk and play video games or seeing different things has been the new trend.

People are used to watching everything on youtube rather than on TV as there can be different choices on what to watch and what not to. According to Evan or VannosGaming;

"If you're really into gaming there's not really anything on TV," says Fong, who typically gets between four to 14 million views for his content daily."Viewers really like the authentic type of content from regular people just playing games because they can relate to that."And I think that's a huge reason why people prefer to watch YouTube videos. It really is a totally different experience and it's something you can't find on TV."

In his channel VannosGaming, Fong and his friends make jokes over gameplay, chat, laugh basically they have fun playing games. It's Entertainment *2.

The popular games that they play are, Grand Theft Auto V, Call Of Duty, World At War.

If anything is at the top then there is a trend of mocking it. So this channel could not get away with it. A South Park Episode featuring Swedish YouTuber Felix Kjellberg a.ka. PewDiePie mocked VannosGaming.

Kjellberg who uses PewDiePie online has the most-viewed channel on all of YouTube.

Beginners tips to become a millionaire?

Evan Fong started his channel in the year 2011 but at that time he did not give time to his channel as he was studying, chasing the US scholarship from his hockey skills.

But when Fong failed on his dream, his parents thought it was due to his channel. Fong did not give up and stayed to the only thing that he had, his channel. Even though at the beginning, have a 1000 view would be a wow! to him.

Now his tweet which is 4hrs ago has 1.7k likes

According to Evan Fong;

"Anything on the Internet can blow up and go away, You're only as good as your last video on YouTube."

But with all the risk he continued his channel along with his study until his channel came to a BOOM!! And you know the rest. As every successful person is a dropout and so is Fong.

From 1000 views to more than 20 million subscriptions. We like to wish Fong a best of luck. BEST OF LUCK FONG!!!!