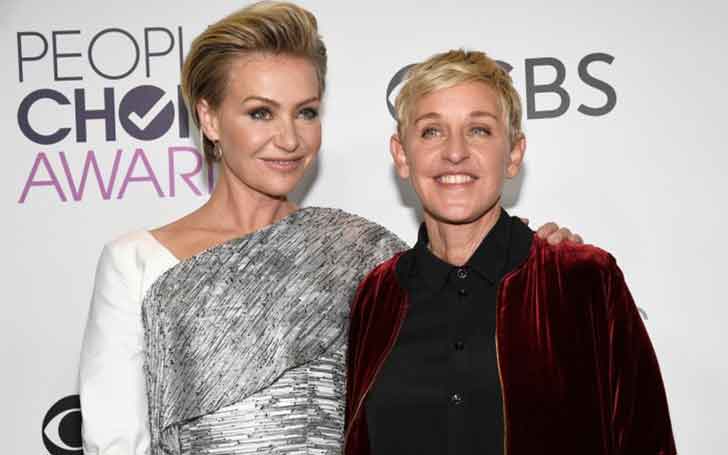 Portia De Rossi and her wife Ellen DeGeneres is a power couple of Hollywood, they are one of the most celebrated homosexual couples.

The pair recently celebrated their tenth wedding ceremony. Both of them shared a beautiful video of their wedding thanking everyone for their love all these years.

Hollywood's one of the cutest couples Rossi, 45 and Ellen, 60 recently celebrated their ten years of togetherness. On Thursday 16 August 2018 both of them shared the video of their wedding day.

Ellen wrote on Instagram: Ten years ago today. This was such a special day for us.

On the other hand, along with the video, Rossi also shared Wayne Dyer's special words and fortunate she feels to live in a country where people and love are treated equally. She wrote: 10 years ago today, Ellen and I were married. We wanted to share Wayne Dyer’s poignant and special words with you to remind us all how far we’ve come—that we are living in a country that supports

We wish them to be always together and celebrating love like this forever,

De Rosi and Degeneres walked down the aisle on 16th August 2008 in a private ceremony with the presence of their mothers and 17 other guests. They both looked classy and elegant on their wedding day.

De Rosi first met her now wife Ellen back in 2004 during an award show. Soon after they hit it off and started dating later the year. 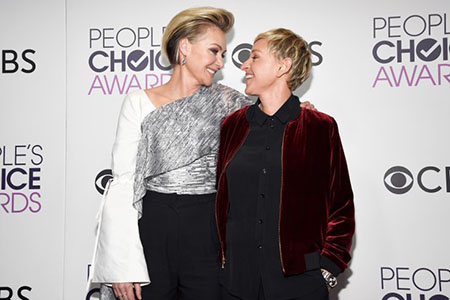 After being in a relationship for many years, Degeneres finally asked 'Will you marry me?' to Portia with a three-carat diamond ring and Portia couldn't say no. They even became vegans in 2008 and the same year they exchanged the vows.

So far they are leading a blissful conjugal life of over a decade. De Rosi is very supportive of her loving partner Degenerous. Together, they work for several charitable organizations including The Gentle Barn, which provides shelter for animals. The pair personally has adopted several animals.

The actress and the host makes a perfect couple and are giving some serious relationship goal to the fans. They truly are a source of inspiration for every homosexual couple out there. We can say, they are a power couple of Hollywood industry and are going strong with no sign of separation.

Since they complete one another, the two are not planning to have a child of their own. The pair says, they won't have children in the future as well.

The beautiful actress and philanthropist De Rossi was married to Mel Metcalfe, a documentary filmmaker in 1996. For the Australian-American model De Rossi, the sole purpose of the marriage was to get a green card. However, the idea didn't work for her and they divorced in 1999 before she got the green card.

Then after, the beauty fell in love with director Francesca Gregorini. The lovebirds started dating back in 2001 but at the time she was afraid to come out as lesbian and public her homosexual relationship with Gregorini. However, their love relationship became public when the two were photographed being cozy. Only then Portia's friends and relatives knew she was a lesbian. 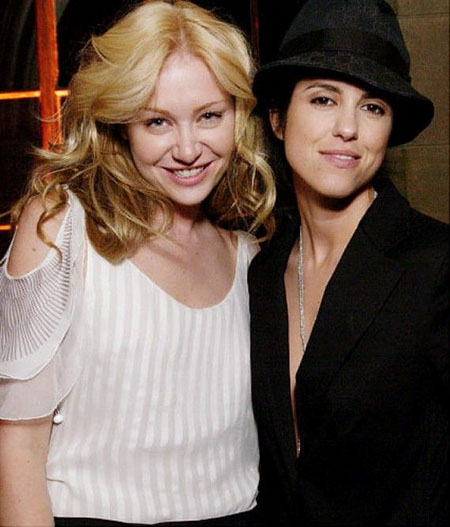 Apart from these two, the actress was not in a relationship with anyone. As of August 2018, she is happily married to her Degeneres for 10 years now.