Has Ashton Meem Moved On After Divorcing Former Husband Russell Wilson? Who Is She Dating? 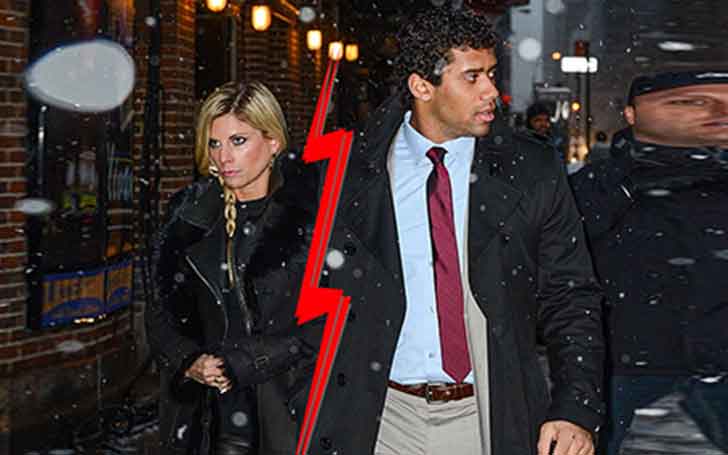 Ashton Meem, currently working as an Advertising Operations Assistant at American Family Insurance is mostly recognized as a former wife of football quarterback for the Seattle Seahawks, Russell Wilson. Meem and Wilson who married in 2012 had a messy divorce in 2014 ending their romance since college days.

After the separation, the footballer moved on and is now married to singer Ciara. But what about Meem? Has she found new love just like her ex-husband? Who is her boyfriend? Let's find out here.

Ashton Meem is living a private life since her separation with ex Wilson in 2014. Though her former husband is happily married to his second wife singer Ciara since 2016, it seems like Meem hasn't moved on.

In the following year, the two also celebrated their first marriage anniversary. They shared their celebration in a video where they featured the first glimpse of their newborn baby.

Well, it is safe to say that Meem is possibly single. She is working for an American Family Insurance Company, and it looks like she is focusing on her career rather than anything.

Ashton is also less active on social media like Facebook and Instagram which is why it becomes much hard to trace out further regarding her love life.

Ashton Meem And Russell Wilson's Marriage Details: Why Did They Divorce?

Ashton Meem and Russell Wilson started dating during their high school days in 2006. After dating for about four years, Wilson proposed Meem in August 2010 with the help of their dog, Queen Elizabeth Pocket Beagle who wore a tag, “Hey Mom, Dad has a question to ask you.”

The former couple exchanged the vows on January 14, 2012, in the wedding ceremony held at the Country Club of Virginia. Their wedding was attended by their families and close mates.

Their married life lasted for only two years as the 29-year-old NFL star filed divorce against wife Meem in April 2014 with a statement:

I have made the difficult decision to file for divorce. Clearly, decisions like these don’t come easy. Ashton and I respectfully ask for prayers, understanding and privacy during this difficult time. Moving forward, I will have no further comment on this personal matter.

Meem might have received a good fortune as part of the divorce settlement with Russell Wilson who has an impressive net worth of $45 million as of 2019. Though the specific amount of the alimony hasn't been revealed yet, we can speculate it takes a good part of Meem's $4 million net worth. She also earned a good sum of money from her career as a businesswoman.

At the time, it was also rumored that Meem's extramarital affair with then-Seahawks wide receiver Golden Tate was the reason for their separation.

The rumor was never confirmed. Tate later denied the allegation and addressed the news in a column of The Cauldron, he wrote:

I did not have an affair with Russell Wilson’s wife, nor did I have anything to do with his divorce. That is laughable for anyone who knows us. His ex-wife, Ashton, is still best friends with my girlfriend.

Russell and I were good friends when I was in Seattle, on and off the field — he knows the rumors about me were unfounded, damaging to my reputation, and an attack on my character. Anyone who circulated that rumor was just plain irresponsible.

Wilson is happily married to Ciara as of now and the couple has a beautiful daughter named Sienna Princess Wilson. The couple seems pretty much happy with each other and sharing a beautiful married life since their marriage.

In 2019, Meem signed a contract with Seahawks for a whopping $140 million. His lucrative deal also has made him the highest-paid player in NFL history. As per his contract, he is supposed to make around $35 million annually