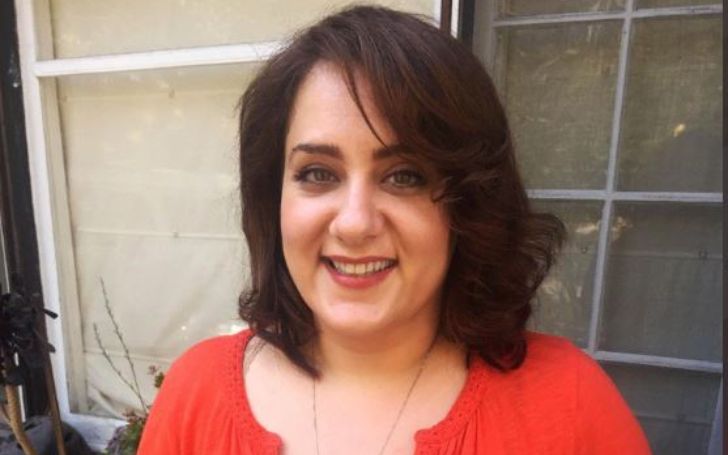 Already with more than 16 years in the acting industry, Pebdani records 61 acting credits that include her notable recurring roles in The Cool Kids (2018) and Future Man (2019). From 2018 to 2020, she voiced Gramma Alice Green in Big City Greens.

Born in Texas, the USA, on August 2, 1977, Artemis' parents were Iranians; they left Iran in the mid-70s, 5 years before the Islamic Revolution. She holds an American nationality. As of 2021, Artemis Pebdani is 44 years old.

Fond of acting since her childhood, Pebdani enrolled at Southern Methodist University and graduated with a BFA in theatre. Moreover, the American actress moved to California to gather more knowledge on acting & attended Dell'Arte International School of Physical Theatre.

Acting Debut and Breakthrough To Fame- Movies and TV Shows

In 2004, then-27 years old Artemis Pebdani made her TV screen debut through an episode of The Shield. A year later, she landed as the recurring cast Artemis Dubois in the American sitcom It's Always Sunny in Philadelphia (2005- now), thanks to stage career experience that paid off such. 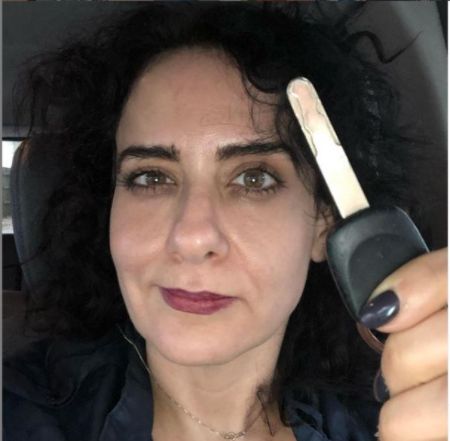 Pebdani's career major break in TV as well in the film was in 2014; the actress earned recurring roles in "Masters of Sex" (2014, 7 episodes) and Scandal (2014-16, 19 episodes), sharing the screen with the likes of Kerry Washington, Henry Ian Cusick, Michael Sheen, and Lizzy Caplan.

Moreover, she made her film debut through the 2014 comedy "Sex Tape" starring Cameron Diaz & Jason Segel. Later, Artemis would work in the films: Rainbow Times (2016) and Dude (2018).

Having guest-starred in Hot in Cleveland (2015) and New Girl (2015), Artemis Pebdani earned her first-ever role as the main cast, Linda Orvend, in an animated/live-action Son of Zorn (2016-17, 11 episodes). Other major casts in the series were Cheryl Hines, Johnny Pemberton, and Tim Meadows.

What Is Artemis Pebdani Currently Doing?

Since 2018, she voices the character Gramma Alice Green in Big City Greens, co-starring Chris Houghton, Marieve Herington, and Bob Joles. As far as September 2021, she has appeared in 60 episodes.

According to online sources, the Texas-born actress Artemis has $3 million net worth as of 2021. Without a doubt, Pebdani earns most of her fortune through her acting career & especially thanks to her TV roles. She appeared in notable roles in TV series such as It's Always Sunny in Philadelphia, Scandal, The Cool Kids, and Future Man.

As for the salary, Artemis Pebdani allegedly sums up in the 6-digit figure per year with more than a 15-year long career in acting. On average, an actor in the United States earns $57,000 annually.

Is Pebdani Dating Or Married?

The It's Always Sunny in Philadelphia actress despite being on the media radar since her professional debut in 2004, seems pretty well-knowledged to put curtains on her personal life, especially on her relationship topics. As far as 2021, no records of her past affair or ex-boyfriend are out. To add to this, she is never officially married or has any dating history.

Although many online sources claim Artemis Pebdani is allegedly single, unconvinced fans are keeping an eagle eye on her relationship mystery. The future awaits with the moment of truth.

The 5 feet 1-inch tall actress currently in her mid-40s maintain a healthy physique. And seems her dedication to acting could turn her into any challenge. Ahead of the Season 14 of It's Always Sunny in Philadelphia in 2019, the Texas-born had a stunning weight loss and appeared slimmer. Although she has not confirmed the procedures, fans believe she took the KETO diet and intense fitness exercise for the result.