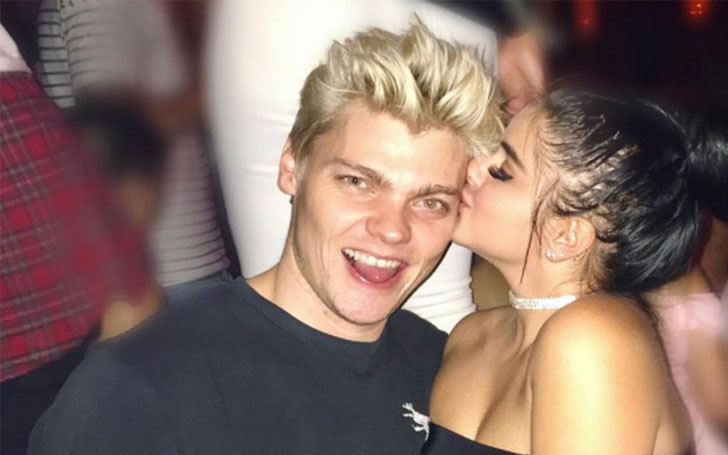 It's been already a year for Ariel Winter and her boyfriend Levi Meaden, who celebrated their first dating anniversary on Sunday.

The 19-year-old Modern Family actress and her 30-year-old Canadian beau penned sweet tributes to each other online. The couple took the same set of pictures which they captioned differently to express their love.

Happy 1 year anniversary my love. I’m the luckiest girl in the entire world. Thank you for being the incredible man you are, and for making me the happiest I could’ve ever imagined. Here’s to many, many more. I love you. ?? P.S. your crazy butt is the only one who could ever make me agree to jumping off a cliff at a waterfall soooo yeah. I love you.

On the other hand, the Canadian star Meaden wrote,

I can't believe it's been a year. We've had adventures. Gotten dolled up countless times. And travelled through 3 continents together. I never imagined I'd be this happy. I love you more than anything! Happy anniversary Peanut Butter!!!

I can’t believe it’s been a year. We’ve had adventures. Gotten dolled up countless times. And travelled through 3 continents together. I never imagined I’d be this happy. I love you more than anything! Happy anniversary Peanut Butter!!!!

The couple has been living together since their affair rumors sparked in November 2016, after they appeared cozy together at a  pre-2017 Golden Globe Awards party. In April this year, the actress opened up about their ten-year gap mentioning their age gap doesn't bother her.

Moreover, she shared, she wanted somebody who had a lot of life experience and who was able to take care of her. She told Maxim, having an aged boyfriend doesn't always give happiness, but she got lucky to have Meaden as her boyfriend.