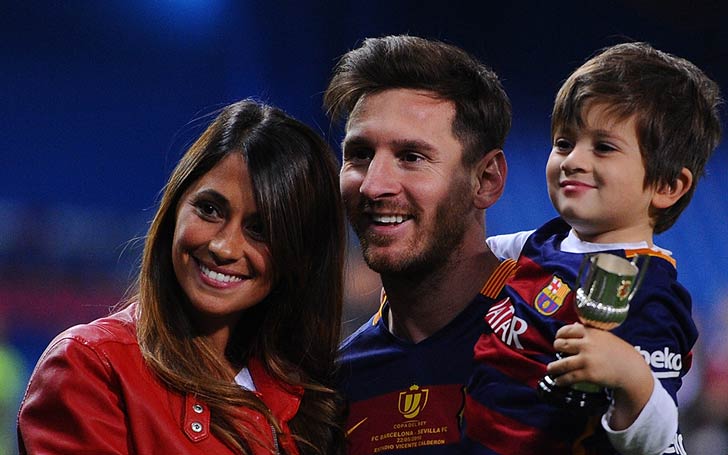 When it comes about all-time great footballers, it is very difficult to cut Lionel Messi out of the list. He is considered the greatest footballer of this era along with the Portuguese football star Cristiano Ronaldo.

The success he has garnered through his football career is unexplainable but is he equally successful in his relationship? Let's know about it.

Lionel Messi's love for his now-wife Antonella Roccuzzo started before he found his love in football. Antonella, the girl from Messi's hometown, Rosario, was his first and the ultimate love. However, Messi was not sure that she would be his wife one day.

Greatest of All Time, Messi's love interest for Roccuzzo started in 1996, when Messi and his friend Lucas Scaglia, cousin of Antonella, started spending time together in their hometown Rosario. Antonella would also join the pair when they go to the shore of the Parana river. 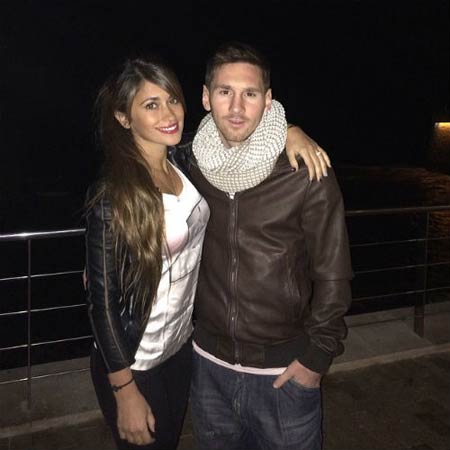 At the time Leo was only nine, however, he was already in love with his now-wife Roccuzzo, a daughter of the Rosario supermarket chain owners. He would also write love letters for her as a kid, but it was not until he turned 21 that the relationship became to the media.

Messi and Roccuzzo started their relationship in 2008 when he was 20, however, he opened up about the relationship in a program Hat Trick Barça of the Catalan channel TV3 in January 2009. During the program, he was asked if he had a girlfriend, to which he replied

Yes, I have a girlfriend. She is in Argentina. The truth is that I am well and I am relaxed.

From that point, Antonella Roccuzzo, who was being low profile, was started to being linked to the life of Messi.

Roccuzzo, however, found a different path to her connection with Messi. When Messi left his hometown to go to Catalan capital and started on his road to becoming the greatest footballer, Antonella was in a relationship with a Rosario neighbor, which lasted for three years. 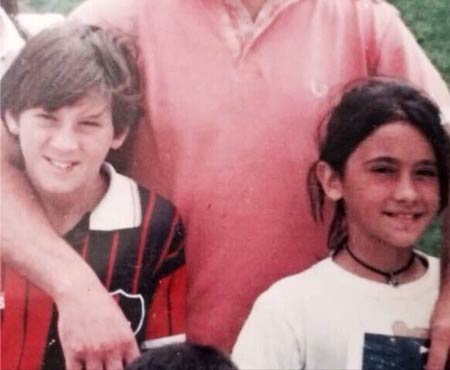 Years later, the departed soul came together when Antonella's friend died in a traffic accident in Argentina. After knowing this, Leo flew to Argentina to be at her side. It was the point when Messi and Roccuzzo's relationship took a pace. However, the couple started making their public appearance during the time of 2010 FIFA World Cup.

It was the time when Roccuzzo. 30, moved Barcelona for the first time and moved in with Leo. And the relationship became official.

Leo and Roccuzzo have been together since 2010. On 2nd June 2012, Messi hinted his partner's pregnancy placing the ball under his shirt while celebrating a goal in a 4-0 win against Ecuador. Two weeks later, he confirmed the couple was expecting their first child, a son in an interview.

On November 2, 2012, Messi and Roccuzzo welcomed their first son, Thiago Messi where Messi attended the birth. Messi announced his birth on his Facebook page writing "Today I am the happiest man in the world, my son was born and thanks to God for this gift!" Messi has inked Thiago's name and his handprint on his left calf. 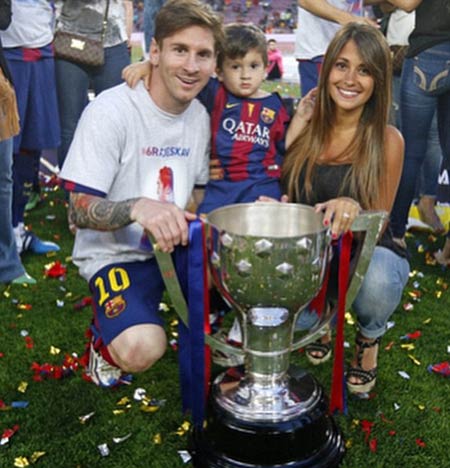 Messi announced he was expecting the second child with then-partner Roccuzzo in a Facebook post in April 2015. His second son, Mateo Messi was born on 11 September 2015 in Barcelona when Messi missed the training session of a match against Atletico Madrid to attend the birth.

Around 20 years after Messi and Roccuzzo met, the couple married the knot at the same place, Rosario on 30th June 2017.  Messi and his childhood love Roccuzzo exchanged their vows at a luxury hotel wedding at Hotel City Center in Rosario among 260 guests. The couple had banned their guests from taking the mobile phone at the event. 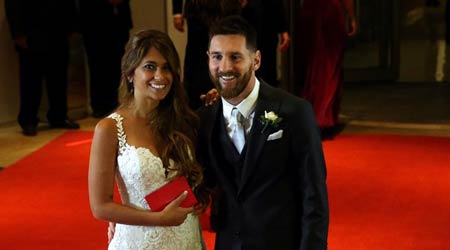 Three months after their marriage, Messi's wife, Roccuzzo announced her third pregnancy in an Instagram post on 15 October 2017 with the caption "Family of Five." Messi missed the match against Malaga on March 10, 2018, after his third son Ciro Messi was born. The Barcelona forward announced the happy news via Instagram post.

They say one-sided love is never successful but we see Lionel Messi's case is entirely different. The love story that began with Lionel Messi's lone attraction to Roccuzzo is now on a very beautiful journey with their three little bundles of joy.

Lionel Messi is one of the most earning athletes in the world who just stays behind Floyd Mayweather in 2018. He earned whopping $80 millions in 2017 which made his net worth take a huge leap up to $400 million. So we all want to know about his lifestyle and how he spends his million dollar net worth.

Well, the five-time Ballon d'Or Award winner and his wife Roccuzzo currently live in their lavish soccer-style house in Castelldefels, outside Barcelona with their three children. Moreover, he has few other houses in his hometown Rosario, Argentina, and Spain. 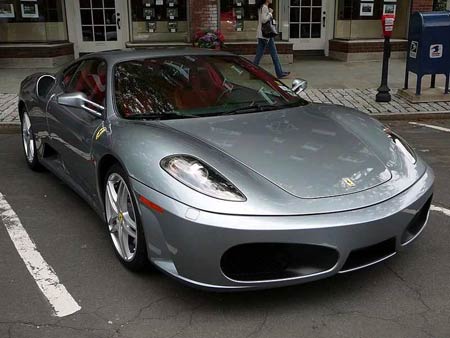 When the Barcelona and Argentina forward gets his time off from matches and training session, he loves to spend his time with his family and friends. He loves to play with his children. We can see him playing with his kids on his social media posts. He is a good friend of teammate Luis Suarez with whom he can be seen spending his time sometimes in his house, and outside as well.