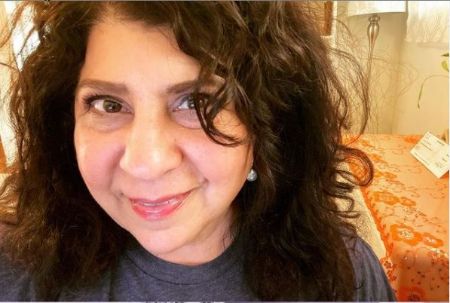 Anoush NeVart is an actress famous as Sonia in Mother's Day and Rosamie in The Kominsky Method. Likewise, the Grammy Award nominee is a singer, concert pianist, and professional accompanist.

Anoush NeVart has not talked much about her personal life. At the moment, her birthday, age, and birthplace are not known.

As per the reports, NeVart is from East India. Due to her immigrant father, she holds an American nationality, however, the detail of her mother is missing.

Talking about her education, Anoush attended High School in Windsor, Connecticut. Likewise, she studied at The Acting Center in Hollywood and the Beverly Hills Playhouse.

NeVart made her acting debut appearing in an episode of the television series Do Over. After that, she acted in Must Love Dogs, ER, The War at Home, Hercules in Hollywood, The Unit, and Kissing Cousins.

Her other initial works include The Ode, Southland, Fame, Sex and the City 2, Zeke and Luther, Outsourced, Covert Affairs, 90210, Embrace, Quicksand, and Platypus the Musical. Eventually, she grabbed the limelight for appearing as Maid on the series Mike & Molly. 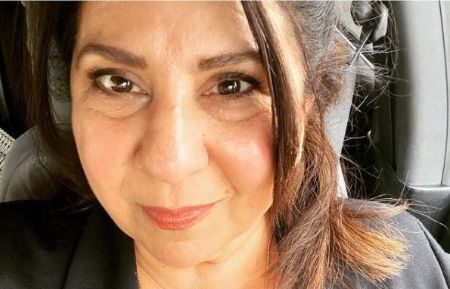 The multi-talented personality is a singer and concert pianist. Back in 2004, she released her album, Contemplations by the C's for which she was nominated for Grammy Award.

What Is Anoush NeVart Net Worth?

The Kominsky Method actress collects an impressive sum from her career. Without a doubt, she is paid a good amount for her films, series, albums, and songs.

Professional since 2002, Grammy-nominated actress has altogether 43 credits under her name. As per reports, Anoush NeVart is worth $600,000 in June 2021.

Mother's Day actress does not like any spotlight in her off-screen life. Her current relationship status is not known at the moment.

Talking about her private details, NeVart is an ocean lover. She is so fond of whales and dolphins that she donated a portion of her album sales for whale and dolphin research and rescue.