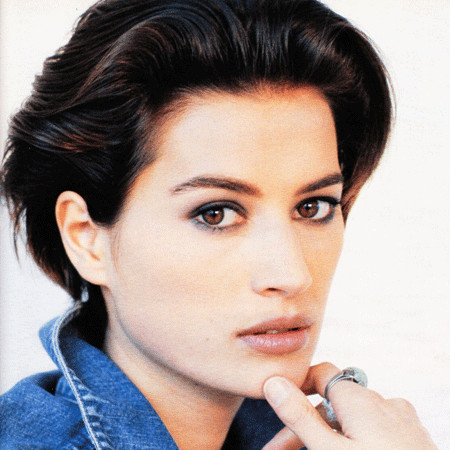 Annette Roque, a Dutch model, and equestrian are famous for her appearances in European cosmetics ads, J. Crew, and Victoria’s Secret catalog. She is also the co-owner and manager of the horse farm Bright Side Farm.

Besides her own professional career, Roque is also known as the ex-wife of former NBC anchor Matt Lauer. He was terminated from NBC in November 2017, after allegations of inappropriate sexual behavior toward a colleague. And the couple is proud parents of three children.

Annette Roque was born in December 1966 in Amsterdam, Netherlands and now she is 56 years old as of 2022. Honestly speaking, more than her career and work she has been in the spotlight for her relationship and hurdles with her husband Matt Lauer.

Her nationality is Dutch and regarding her ethnicity, she is from a mixed ethnical background. Roque started modeling at a very early age and during her early days, she was one of the very popular models in the business.

56 years old Roque began her professional career in her 20s with her modeling agent 'perfect exotic looks'. She then endorsed a lot of big brands and commercial ads which aired all around Europe.

She later moved to the United States of America and continued her modeling career. During this time, she modeled for big brands like Victoria's Secret catalogs and J. Crew.

Besides her modeling career, Roque is also involved in the business as well. She is the co-owner of the horse farm called Bright Side Farm which is located in the Hamptons. The construction of the farm was completed in the year 2013.

According to various online tabloids, Roque owns an estimated net worth of $60 million as of early 2022. She amassed her multi-million dollar fortune from her former modeling career as well as her business.

On the other hand, her former husband, Lauer has a net worth of $80 million as of early 2022. He reportedly received a $28 million salary each year from NBC during the peak time as the host of The Today Show.

Moreover, the duo owned several real estate properties in New York, The Hamptons, and New Zealand. Here is a list of the former couple's real estate and their worth:

Talking about Annette and Matt's relationship, the former couple first met on a blind date back in July 1997. They eventually began dating and got married in the year 1998.

Lauer and Roque have three children together; Romy Lauer, Jack Matthew Lauer, and Thijs Lauer. However, good times did not last as the rumors about Matt cheating on Annette began surfacing in the media.

In 2006, Roque briefly filed a divorce from Lauer citing inhumane and cruel treatment from her then-husband. However, three weeks later she withdrew her divorce paper from the court.

However, in 2018, she filed for divorce for the second time after a series of sexual assault allegations against Lauer began surfacing.

In November 2017, NBC terminated Lauer from his job after allegations of inappropriate sexual hara s sment towards colleagues. He also admitted that some of the allegations were true, and even apologized to those who he had hurt.

Moreover, Lauer's ex-wife, Nancy Alspaugh also defended him against sexual allegations claim against him. Lauer and Nancy were married from 1981 to 1988.

Their divorce was officially finalized on 5th September 2019. Ever since then, Roque has maintained a low profile and lives away from the spotlight most of the time.