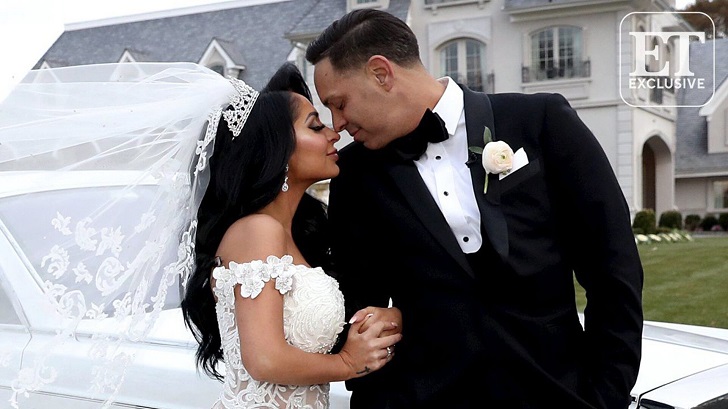 So, how and where the pair tied the knot? How long has the couple been together? We have all the details here.

The 33 years old television personality is married to Chris Larangeira. The pair exchanged the wedding vows on 20th November 2019, at the Park Chateau Estate & Gardens located in East Brunswick. 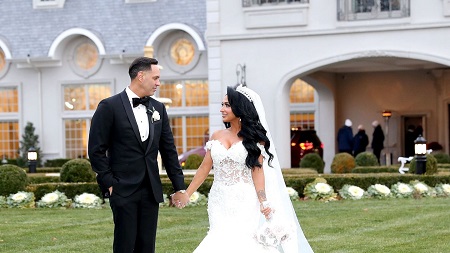 After the ceremony, the newly married couple and the guests enjoyed the reception. The room was designed with an all-white décor featuring floral centerpieces, a giant cake, a custom martini bar, and chandeliers.

The couple roughly started dating in 2017 and got engaged in January of the following year.

Angelina Pivarnick’s Past Affairs And Relationships

The gorgeous television personality has been engaged four times. Back in 2011, Angelina got engaged to David Kovacs.

She then got engaged with Anthony Lamberti in 2013 but called off in the coming year. In 2016, she took a ring from Louie Gero in 2016. Just like her past engagements, her third engagement also broke up. 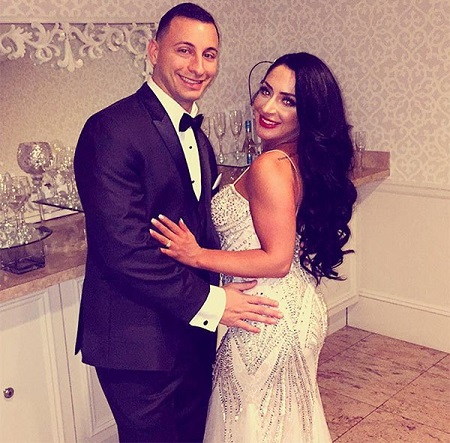 Angelina dated Paul Imperiale in 2010. She also dated Joe in the same year. After breaking up with Joe, she started dating Chris Nirschel in 2011 only for a year.

Regarding her husband’s dating history and affairs, Chris has not disclosed anything about his dating life. As he is not a familiar face in the entertainment industry, his current relationship might have overshadowed his past affairs.

Despite all those relationship failures, Angelina is now happily married to Chris and is having the best time of their life.