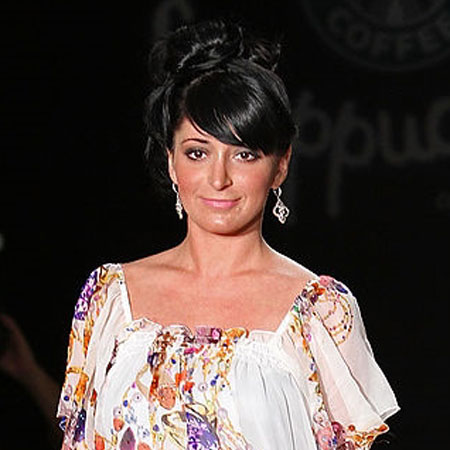 Angelina Pivarnick is an American television personality, singer and a model who has appeared in various hit reality shows like the Jersey Shore on MTV and Couples Therapy on VH1. She also has a distinct identity as a professional wrestler.

Angelina Pivarnick was born on 26th June 1986 in Staten Island, New York in the United States. Pivarnick belongs to American nationality and is of mixed ethnicity. She comes from the Polish and Italian descent. She graduated from Susan E. Wagner High School.

In the early stages of her career, Pivarnick worked as a bartender in New York Bar Club. Then she went on to work as a dental assistant.

Angelina Pivarnick's career took a leap when she made it to the cast of the American television reality series Jersey Shore in 2009. Jersey Shore helped her experience stardom for the first time. Her life changed overnight with this show.

However, she had to quit the show after the second season because she had problems with other members of the show including Mike Sorrentino and Nicole Polizzi. Pivarnick then appeared in Couples Therapy at VH1 with her then-boyfriend Chris Nirschel and this show mad

Apart from acting, Angelina had also been part of the Total Nonstop Action Wrestling as a professional wrestler. Her wrestling career didn't last long. Pivarnick came back to acting and entertainment business once again in another TV show; Excused. She reached the final in the contest.

Angelina Pivarnick has also sung few songs. She released her first single 'I'm Hot' in 2010. She released 'Gotta Go Out' featuring Tony Hanson ''Fenix'' in 2011. The song reached #37 on US Billboard chart of Dance/Club play songs. The same year Pivarnick starred in the music video for the song 'Dirty Style bu Dacav5.

Angelina Pivarnick appeared on the show 'Couples Therapy' with Chris Nirschel, her then boyfriend. They could not make their affair last long and it led to a break-up.

At present, Angelina Pivarnick is engaged to Louie Gero, her longtime boyfriend since September 2016. They had a lavish engagement event in September 2016, in Staten Island.

Pivarnick uses Miss Ap as her singer alias name. In December 2012 she released a single called ''Serendipity'' with Adam Barta as a means to striaghten out her opinions against gay marriage which came out during a debate with Barta.

Net worth and Physical features

Angelina Pivarnick's estimated net worth is $2 million. Her involvement in various TV shows , professional wrestling career, singing career and apppearances are some of her income sources.

Pivarnic stands at the height of 1.54m/5'1''. Her curvacious body and black hair are two features that people seem to find very appealing.