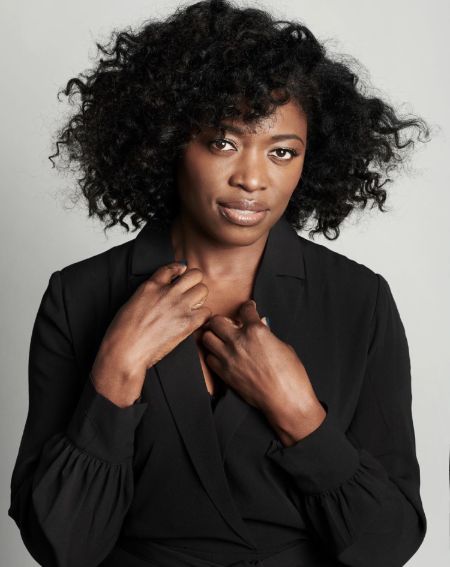 Andi Osho is an English stand-up comedian, actress, and TV presenter. She is known for her television appearances in shows like Ladies of Letters, Holby City, Breaking Hollywood: One Actor at a Time, National Treasure: Kiri, and Curfew. She recently played Carrie in the BBC One/HBO comedy-drama series, I May Destroy You.

How Old is Andi Osho? What is Het Height?

Osho attended the nearby Sarah Bonnell Comprehensive School. She went on to pursue a degree in drama at Barking College of Technology in Romford, Essex, where she was in the same cla s s as actor Idris Elba.

She also studied TV production at Ravensbourne College of Design and worked in television production in many companies, and later, at The Academy Drama School in London.

Osho began her career working in TV production companies, including a stint at Walt Disney Television International, where she worked as the technical ops manager at the start-up, Where-It's-At. 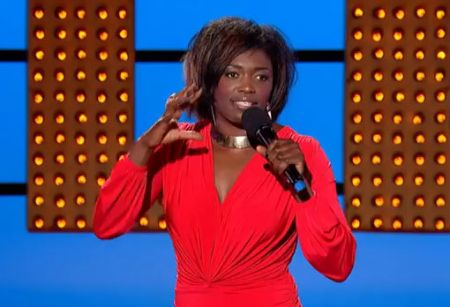 Osho branched off into acting in 2003 and had minor roles in television shows like EastEnders, Waking the Dead, Sea of Souls, and Doctors. She also dabbled in stand-up comedy starting in 2006 and made the rounds of comedy clubs at night while holding a day job to make ends meet.

On television, Osho is most known for her roles as Agabatha in the BBC Radio 4 comedy series,  Ladies of Letters; Barbara Alc* * k in the BBC One medical drama, Holby City;  Claridia Fortune in the drama miniseries, Breaking Hollywood: One Actor at a Time.

She recently starred as Carrie in the BBC One/HBO comedy-drama series, I May Destroy You, starring Michaela Coel, Natalie Walter, Aml Ameen, and Weruche Opia, among others.

Her film catalog, while not as prolific as her television or theatre catalog, consists of appearances in 2011's Swinging with the Finkels and 2016's Lights Out. She also played Ms. E.B. Glover in the 2019 DC Comics superhero movie, Shazam!, starring Zachary Levi. Additionally, Osho is set to star as Sofia in the upcoming sci-fi action comedy movie, The Intergalactic Adventures of Max Cloud.

As of July 2020, Andi Osho is estimated to possess a net worth of around $1 million. Her net worth comes from her career as a stand-up comedian, actress, and television presenter.

Andi Osho in Lights Out SOURCE: My Final Girl

She is most known for her appearances in TV shows like EastEnders, Ladies of Letters, Holby City, Breaking Hollywood: One Actor at a Time, National Treasure: Kiri, Curfew, and I May Destroy You; and movies like Swinging with the Finkels, Lights Out, Shazam!, and The Intergalactic Adventures of Max Cloud.