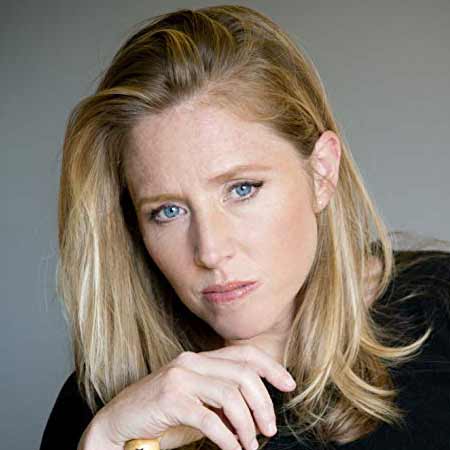 Amy Redford is an American actress, director, and producer. She has appeared in movies like Maid in Manhattan, Sunshine Cleaning, and The Understudy. She directed the movie, The Guitar which premiered at the Sundance Film Festival in 2008. Amy can also be seen in the series, The Sopranos and Law & Order: Criminal Intent.

Amy Hart Redford was born on October 22, 1970, in the United States to mother, Lola Van Wagenen, and father, Robert Redford. Her mother is a historian and environmental activist while her father was an actor.

She has three siblings. Her brothers are James Redford and Scott Anthony Redford, while her sister is Shauna Redford.

She also attended the University of Colorado Boulder and continued her theatre studies in London.

Amy Redford made her debut in the show, Sex and the City, in 2000 for an episode as Amy Flincher.

Redford’s first feature film was the famous, Maid in Manhattan with Jennifer Lopez and Ralph Fiennes in 2002 for a minor role. In 2005, she starred in the movie, This Revolution with Rosario Dawson and Nathan Crooker.

She also acted in the movie, Sunshine Cleaning in 2008 with actresses Amy Adams and Emily Blunt. Her other movies are The Last Confederate: The Story of Robert Adams and The Understudy.

Redford can also be seen briefly in series like Law & Order: Criminal Intent and The Sopranos. She had the part of an ER Doctor in the crime drama The Sopranos, which also starred James Gandolfini, Lorraine Bracco, and Edie Falco.

She shifted to direction from the movie, The Guitar in 2008.

Amy Redford has acted in several movies and shows and has produced a movie to date. Her movie, The Guitar earned her several thousand bucks in the box office.

The movie, Sunshine Cleaning, earned $17.3 million in the box office. Looking at her involvements as an actress and a director, Redford has an estimated net worth of $1 million.

Amy Redford is engaged to American screenwriter, Matt August. They have a daughter named Eden Hart August who was born in 2008.

Redford was previously married to the Scottish photographer, Matt Mann. They were married for four years from June 25, 2000. Amy and Matt divorced on February 4, 2004, for unknown reasons.

Age, Body Statistics, And Other Facts