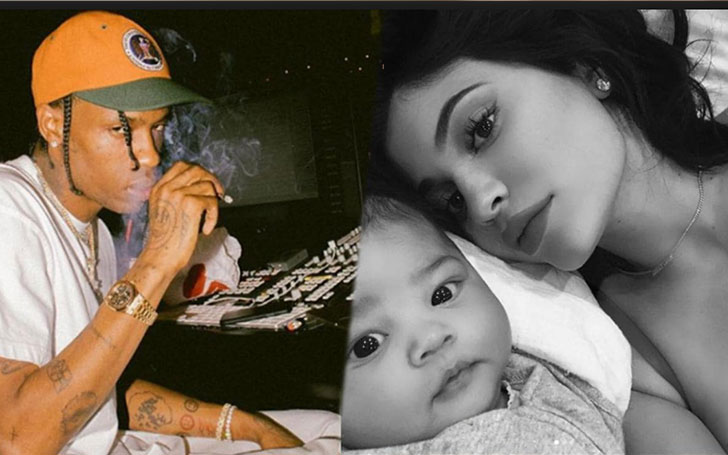 The lovebirds Kylie Jenner and Travis Scott just celebrated an important event of their life, their daughter named, Stormi Webster's first birthday. It is hard to believe that she has already turned one.

The proud mother and father planned to throw a big party for offspring Stormi last week on 1 February but it was postponed due to the bad weather.

Again, the 21 years old mom attempted on celebrating the birthday on Monday in Los Angeles, however, the weather again persisted.

Because of the harsh weather, Jenner on social media shared:

Although the celebration was previously canceled due to rain, the party was finally celebrated in her dad album's set named by STORMIWORLD.

Stormi was in an adorable outfit which was inspired by dad's popular album Astroworld.

Kylie as a tribute shared on her Instagram a cute picture of her daughter and wrote:

how did i get so lucky to have such a sweet, smart, happy baby. i just couldn’t have dreamt you up, storm. i wish you could stay this little forever and i could protect that contagious smile and laugh of yours. I know you won’t remember much about the first year of your life but i pray that you’ll never forget to keep sharing your joy and laughter with the world. my love grows for you a thousand miles a minute. every day with you is the best day of my life. happy birthday to my angel on earth.

Jenner also shared some of the favourite moments with her daughter on social media.

With all the bash of Stormi birthday, Kylie Jenner took the headlines after she was spotted with her minimal accessories but was with a diamond ring in the ring finger.

The couple, however, is yet to address their engagement rumor.