Actress Mena Suvari, after two Divorces, is Dating Michael Hope: Couple is together Since 2016 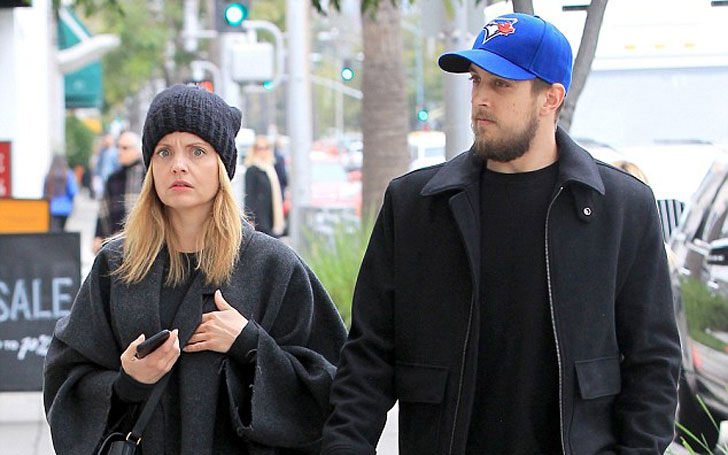 "Difficult roads often lead to beautiful destination" and the life of actress Mena Suvari is the best example. Suvari who faced series of a failed relationship is finally living a blissful life with boyfriend Michael Hope.

The couple started dating in 2016, and since then Suvari and Hope are almost inseparable. Is Suvari ready for the third marriage? Let us find out!!

Mena Suvari is currently in a relationship with Michael Hope. The couple first met while working on a Hallmark movie I'll Be Home For Christmas in 2016 in Canada. The latter in the art department and the former as a lead actor alongside John Reardon and James Brolin.

The 38-year-old actress and her boyfriend are completely head over heels and often spotted together spending quality moments. They also don't miss to express their feelings for each other on their respective Instagram. Hope seems to be a good boyfriend; whether surprising his girl by visiting the shooting spot or giving expensive gifts, he definitely knows how to woo his woman.

"All good things come in twos! Thank you @mikehope__ for helping me find the best replacement to my old leather watch by introducing me to @votchwatch, the all #vegan #leather #brand."

They most recently appeared together at The Art Of Elysium's 11th Annual Celebration and premiere of television series American Woman. They also love spending time together and vacationing a lot. The couple enjoyed a wonderful weekend in Canada in July 2017.

Mena Suvari Has Been Divorced Twice: Details Of Her Failed Relationship

Though Suvari seems happy in her current relationship life was always not the same for her. She has faced several failed relationships including two divorces. Mena Suvari and Robert Brinkmann married from 2000 to 2005

After two years, she started dating Simone Sestito after meeting at Toronto International Film Festival. They got engaged in 2008 during their Jamaica vacation and tied the knot after two years of engagement in July 2010.

The wedding ceremony was held at a private chapel in Rome, but their marriage didn't last more than two years as she filed a divorce in 2012. Reportedly, the couple separated in November 2011, but the divorce was finalized in October 2012.

Suvari was also in a relationship with Salvador Sanchez. The couple started dating in October 2012. The former pair was also rumored to be engaged back in 2014 after the actress shared a video of a diamond ring. Suvari later denied the rumor and comment "#eternityband #notaproposal" in the comment box. They later on Brooke ending their four-year relationship.