Amber Portwood announced her Relationship with her Boyfriend Matt Baier,Know about her Affairs 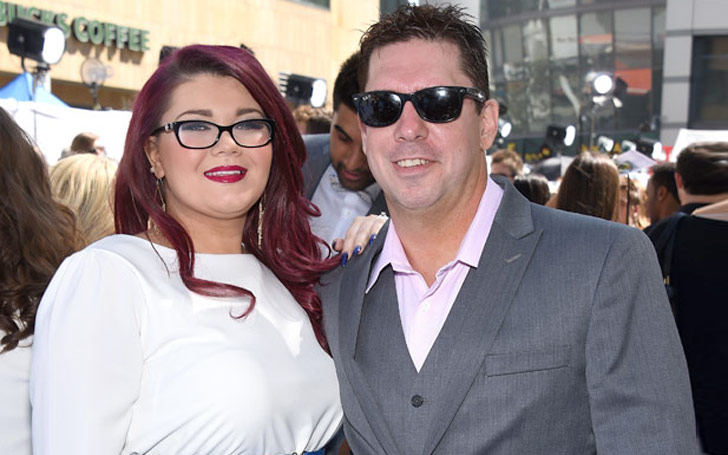 Every failed relationship is an opportunity to self-growth and learning. So, no more wasting time and move on. Is is just a saying or did Teen Mom OG star Amber Portwood actually moved on?

Portwood is done wasting time and finally decided to call off her engagement with Matt Baier. Here we have some exclusive details about their relationship.

Amber Portwood announced her break up with her fiance Matt Baier

MTV hit series Teen Mom OG star Amber Portwood finally announced her break up with her fiance Matt Baier. Portwood made such a heartbreaking decision after she learned that he gave his co-star Catelynn Baltierra drugs.

The couple held up their wedding a few weeks ago. Their marriage was fixed in October. However, they ended with a messy break up in the recent episode of Teen Mom OG. Portwood has $10K net worth.

"We're in New York to do press for the show and Cate was having a lot of anxiety.I found out Matt gave her a Xanax and I'm freaking out because he shouldn't have any if he's clean."

Baier begged for forgiveness and explained to her that he is not into drugs now and he had Xanax with him just because his friend gave him. Looks like she is not going to forgive Baier so easily.

She writes "no more wasting time" in her recent Twitter post. It looks like Portwood is not getting back with Baier. Here is the tweet from Amber where she clears the air with her former fiance:

She announced her break up with Baier through her Instagram Livestream when one of fan asked about her relationship with Baier.She said:

Do you see him in my bed?

She also said she "has no man." and confirmed that she is single now.

Portwood and Baier first met in 2014 through twitter.They remain twitter friend for about six months.It was Portwood who pursued Baier first.

Take the pictures on your wall with you.

I pursued him.  I insisted he come live with me.

Twenty-seven years old Amber Portwood's fiance Matt Baier is twenty years old older than she is. They were in a relationship for a long time and were planning to get married in this October. After the recent drug issue, the couple is now separated.

A source told to E-News:

"For the time being, Matt and Amber's engagement is on hold.They are working on their relationship. A lot has come out through the course of filming and from various online stories. That has added extra pressure and made things difficult."

"That's all that needs to be said."

The news of their breakup came after some fans watched an Instagram video where she announced her break up with Baier.

According to Inquisitr, the actress enjoyed a great weekend with her ex-boyfriend Gary Shirley and their daughter which may also point towards her closeness with her former lover but nothing has been confirmed yet. For more celebrity news, keep a close tab on Article Bio.