How much is Teen Mom Star Amber Portwood's Net Worth? Know about her Career and awards 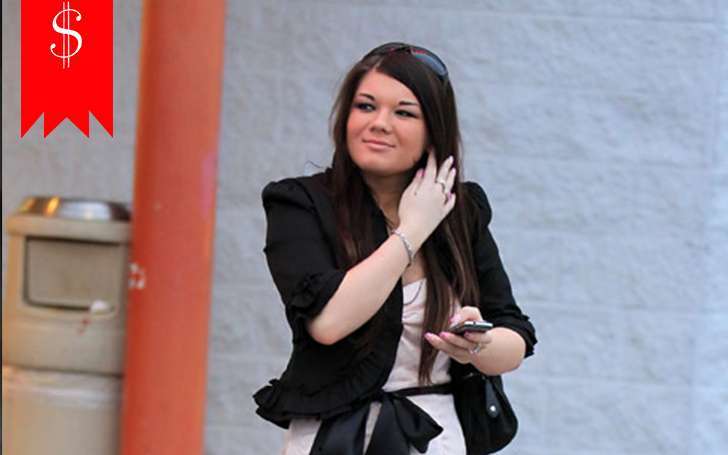 Amber Portwood is a reality star who came to the limelight after appearing on the reality TV show Teen Mom. She started her career on the MTV original series 16 & Pregnant in the year 2008.

How much has Amber Portwood made out of a career purely based on getting pregnant and being a mom in her teen life? Today we discuss net worth and everything money related to the Teen Mom star.

How much is Teen Mom Star Amber Portwood's Net Worth

Amber Portwood started her professional career in the year 2008, almost a decade ago. Portwood appeared first appeared on 16 & Pregnant and then Teen Mom.

The Teen Mom Star Amber Portwood's net worth after almost a decade of her professional career is estimated only $10 thousand. According to some sources, she made an enormous pay of $280,000 in 2011. However, it seems, she's not quite the saving kind!

Amber Portwood is an Abusive Girlfriend

Portwood started her career in 2008 after appearing on the MTV original series "16 & Pregnant", later followed by "Teen Mom." She is the mother of Leah Leann Shirley, her daughter, father being her on and off boyfriend Gary Shirley.

RELATED: Amber Portwood announced her Relationship with her Boyfriend Matt Baier, Know about her Affairs

It was tough for her and she struggled real hard to raise her daughter. She dropped out from her high school when she came to know about her pregnancy hoping to obtain her GED. It has always been a hard job for Portwood to maintain a healthy relationship with Shirley. Portwood once beat Gary so badly that it left permanent scars. She has even faced charges for domestic violence. After a series of rehab time, suicide attempts and drug abuse, Portwood was arrested for drug possession and sentenced to 5 years of prison time. She got released from prison after serving 17 months of a five-year sentence on Sep 24, 2013.

With so much of drug abuse charges and having to raise a child, no wonder her net worth is so low! It seems seeing doing better lately, she appeared on the MTV Awards this year and even took to Instagram to share it!

Great time at the #MTVAwards

Ready for the @mtv movie awards with my babe @realamberlportwood1__ thanks to @truevirtue_beck and @jonesn2hair for my hair and makeup and @sewtrendyaccessories for this incredible dress!

Well, let's hope Portwood gets one of these awards herself one day! For more news like this, keep coming back to Article Bio.