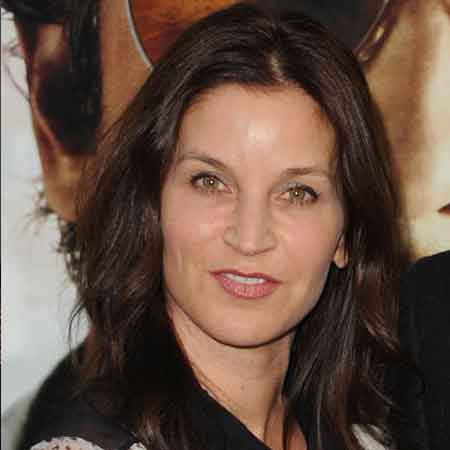 Amanda Anka is an American television, movie and voice actress who is well known for her work in several films and television series, including Buffy the Vampire Slayer (1992), Lost High way (1997), and Taxi (2004). She came to the media limelight after marrying a famous actor and director, Jason Bateman.

Amanda Anka was born Amanda Katherine Anka on 10 December 1968 and is currently aged 53. She was born in New York City under the birth sign Sagittarius. She is the daughter of Paul Anka, who is a musician and actor and model Anne de Zogheb. Her parents got a divorce in 2000. She is of American nationality and belongs to the white ethnicity.

Amanda is the second child among five daughters. She was raised alongside her four sisters and a half-brother. Her sisters are Alexandra Anka (b.1966), Anthea Anka (b. 1971), Amelia Anka (b. 1977), Alicia Anka (b. 1970) and half-brother Ethan Anka (b.2004). She shares a healthy relationshi with her family members.

Anka began her career as an actress with her first screen role at the age of twenty-four in an episode of Buffy the Vampire Slayer. She then appeared in the short film The Last Job in the role of Rita.

In 1994, Anka did a movie named Cityscrapes: Los Angeles, where she portrayed the role of Tamara and in a television series Renegade as Patti. Similarly, in 1996, she appeared in the role of Nicole in the movie.

After an interval of four years, the actress acted in the film Cherry Falls as Deputy Mina. The same year, she was seen in Bob's Video as Venus. In 2004, Anka was featured in the movie Taxi. Her other television series and films include Sol Goode, Lightbulb, Ingenious, and Somewhere.

For the past few years, the actress has not appeared in any project. Similarly, her better half, Jason Bateman, has movies and tv credits like Ozark, Horrible Bosses, Arrested Development, The Change-Up, Little House on the Prairie, Game Night, Identity Thief, The Switch, The Gift, The Outsider, Juno, Horrible Bosses 2, Silver Spoons, Hancock, The Hogan Family, and more.

Shared $30 Million With Her Husband

The famous actress has collected a considerable amount of money from her career, which as per some sources, can be believed to be over $1 million. The actress has a luxurious life. However, her husband Jason Bateman's estimated net worth is around $30 million, as per Celebrity net worth. The actor was a cast in the TV series Ozak where his annual salary was $300,000 per episode. Further, the media personality added a hefty amount to his name from his successful showbiz career as an actor, producer and director. 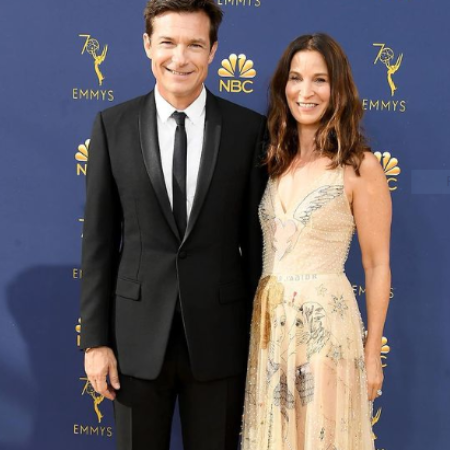 CAPTION: Amanda Anka and her husband, Jason Bateman has a million-dollar net worth SOURCE: Instagram @ amandaanka

In Mar 2014, the pair sold their 2,879-square-foot mid-century modern-style house for $2.25 million. The house is located in Hollywood Hills.

In 2013, Bateman went on to spend $3 million after he bought the five-bedroom house in Los Angeles, California, formerly owned by the late actor Ernest Borgnine. In November 2002, the actor bought the 2,879-square-foot mid-century modern-style house for $885k. The mansion is nestled in Hollywood Hills.

Considering Anka's career, we can assume that she has accumulated a decent income. She has been a part of several commercially successful movies, and some of them are listed below.

A Peek At Her Married Life: Husband And Kids

Anka is happily married to Jason Bateman, an American film and television actor, director, and producer who is known for his role in Micheal Bluth on the TV series, Arrested Development. Prior to marriage, they date for more than four years.

Anka and her spouse Bateman have two daughters; Francesca Nora Bateman, born on 28 October 2006, and Maple Sylvie Bateman on 10 February 2012. She welcomed her first child at the age of 37.

Anka is the daughter-in-law of the director, producer, and actor Kent Bateman and sister-in-law of popular actress Justine Bateman. Her best friend is Jennifer Aniston. CAPTION: Amanda Anka and her husband, Jason Bateman are together for more than two decades SOURCE: Instagram @ amandaanka

Anka grabbed huge media limelight when she accused hotelier Andre Balazs of touching her inappropriately in 2014 at a dinner party at London's Chiltern Firehouse. The party was organized for the premiere of Anka's husband's movie Horrible Bosses 2.

Later on, the couple released a joint statement:

"On behalf of Jason Bateman and Amanda Anka, we can confirm that the account of André Balazs's outrageous and vile behavior on that night in London is factual. His actions were dealt with at the time."

Following the incident, other women also came forward with their own allegations.

As of 2018, Amanda Anka had not appeared in a movie or television series, but she has had her own career aside from being the wife of a famous actor. She has been a supporting and caring wife as well as the mother of their two children.

The loving couple has been sharing a wonderful married life with no conflict. Anka currently resides in Los Angeles, California, along with her husband and kids. She has a happy married life with no sign of separation. The beautiful couple is often spotted flaunting their chemistry on the media platforms.

In 2014, she accused hotelier Andre Balazs of touching her inappropriately. The incident took place while they were for a dinner party at London Chiltern Firehouse to celebrate the premiere of Horrible Bosses 2.