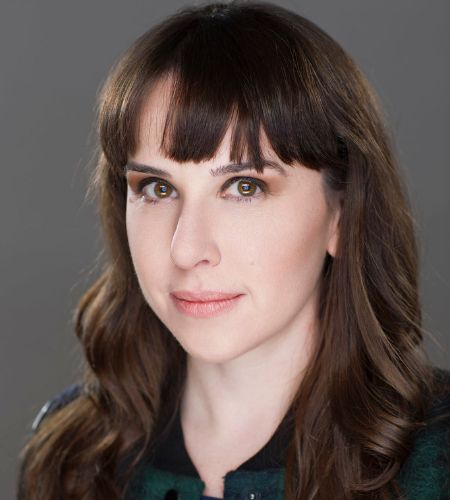 Allyn Rachel is an American actress, comedian, and writer. She has made television appearances in shows like Workaholics, Weeds, New Girl, Selfie, Togetherness, and The Good Place; and her movie appearances include A Million Ways to Die in the West, Million Dollar Arm, and Kong: Skull Island.

How Old is Allyn Rachel? What is Het Height?

Born in Fairfax, Virginia, Rachel was raised in Pikesville, Maryland, where she attended the Park School of Baltimore in Brooklandville. She pursued a degree in drama from New York University's prestigious Tisch School of the Arts and graduated with a Bachelor in Fine Arts degree.

Allyn Rachel started her career as a comedian. She had already carved a name for herself at Maryland's Center Stage. She was called on to perform in the New Faces Characters showcase at the Just For Laughs comedy festival in Montreal, Canada in 2011. Around that time, Rachel made appearances in television commercials for such brands as Toyota, eBay, McDonald's, IHOP, Wal-Mart, and Dish Network.

While her first on-screen role came in the 2002 drama movie, Book of Danny, she would not find steady work until her career took off in 2011.

She began making guest appearances on television shows like So Random!, Workaholics, and Paulilu Mixtape. In 2012, she made recurring appearances as Monica in the Showtime comedy series, Weeds. 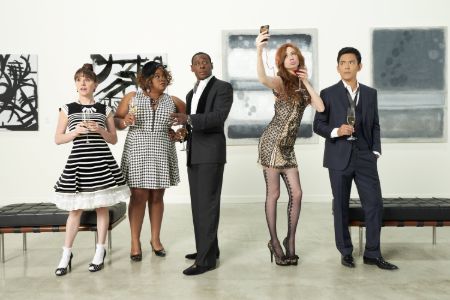 Allyn Rachel (left) with the cast of Selfie SOURCE: IMDb

Rachel also starred alongside Karen Gillan and John Cho, among others, in the short-lived ABC romantic comedy series, Selfie -- which was canceled after one season. In recent years, Rachel has made guest appearances in TV shows like Togetherness, Your Pretty Face Is Going to Hell, and The Good Place.

She has also had appearances in such high-profile movies like A Million Ways to Die in the West, Million Dollar Arm, and Kong: Skull Island.

Who is Allyn Rachel Dating?

For someone who has been a fixture of the acting and comedy scene for as long as Allyn Rachel has been, her personal life has been relatively low-key. 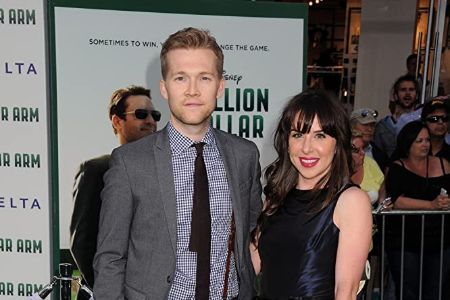 She was in a relationship with fellow comedian Patrick Carlyle dating back to at least 2003. They co-created and co-wrote what would have been a web series, Couple Time -- chronicling their odd-couple and eccentric relationship and even found an executive producer in Ellen DeGeneres -- but the series was never greenlit by Fox.

It is not clear whether they are still together and they aren't, who Rachel is dating currently.

What is the Net Worth of Allyn Rachel?

Allyn Rachel is estimated to have a net worth of $1 million. Her net worth can be attributed to her prolific career as an actress, comedian, and writer.