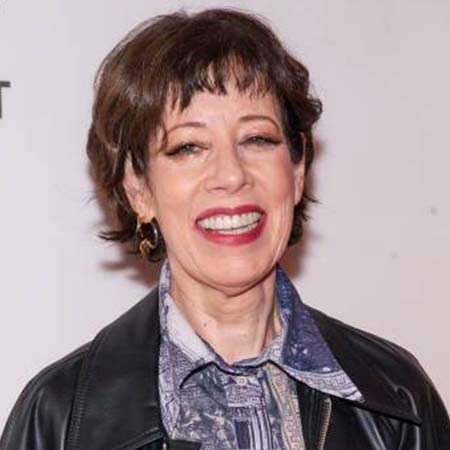 Primetime Emmy Award-winning actress, Allyce Beasley is also a voice artist and comedian. Add to this, she is famous for her role in the TV series Moonlighting as a rhyming, love-struck receptionist Agnes DiPesto.

Allyce Beasley was born on July 6, 1954, in Brooklyn, NY to her parents Marvin Tannenberg (father), a cartoonist and Harriet Tannenberg (mother); a bookkeeper. She holds an American nationality and belongs to a white ethnic group.

Following her schooling from her hometown's school, the actress went on to enroll at the State University of New York College at Brock-port. But, Allyce dropped out after nine months.

Allyce served as a voice actress for many years and is probably known for Miss Alordayne Grotke in the popular Walt Disney TV series Recess. In 1999, she appeared in the film Stuart Little along with her co-star from Recess, Dabney Coleman.

Also, she has voiced in an episode of Johnny Bravo, made a guest appearance in the TV series The Wild Thornberrys, Extreme Ghostbusters, Duckman and the movie Garfield on the Town and voiced several characters in the video game EverQuest II.

In the Spring of 2014, Beasley appeared as Doris in the musical Damn Yankees with Lora Lee Gayer at the Goodspeed Opera House. Similarly, she played Mrs. Tottendale in The Drowsy Chaperone at Gateway Playhouse on Long Island.

In addition, she played as a guidance counselor in the Reese Witherspoon movie comedy Legally Blonde and played Coach's daughter, Lisa Pantusso, on Cheers.

In 2018, Beasley landed the role in a miniseries Maniac sharing the screen along with Emma Stone, Jonah Hill, Justin Theroux, and more.

Allyce has not revealed the exact figure of her net worth, but as per some online sites, she has a net worth of $100,000. She ama s sed her fortune from her successful career as an actress, voice artist, and comedian. She earns an average $50 thousand per year as an actress while as a voice artist, she earns an average Submit Bioe of $17.50 per hour.

Allyce Beasley has been married thrice. Beasley, as of 2019, is married to Jim Bosche. The couple tied a knot in 1999. The couple has been leading a happy married life since their marriage. They currently reside in NYC.

Prior, Beasley was first married to  Christopher Sansocie. The couple shared their wedding vows in 1970 but after 2 years of their marriage, they divorced, in 1972.

After her first marriage, she married for the second time to Vincent Schiavelli, in 1985. Her second husband was a legendary actor who sadly died in 2005. The couple had a son Andrea Schiavelli.