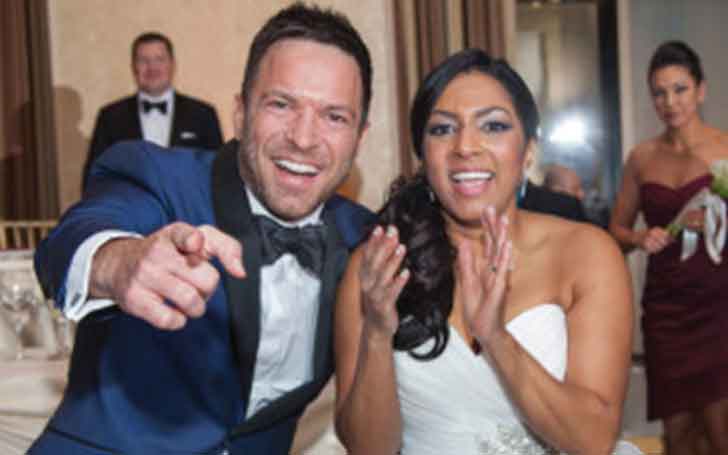 Love is a promise to keep forever. Meteorologist Alicia Roman married her longtime boyfriend Nick Scafiezzo in 2015. How is their relationship going on? Are they keeping the promise?

It's been more than two years since the journalist Alicia Roman and her then-fiance Nick Scafiezzo walked down the aisle on 28 November 2015. Ever since their big day, the couple is almost inseparable.

Following the wedding, in January 2016, the pair went on an adventurous honeymoon in exotic places of Maldives and Thailand. Apart from their honeymoon vacay, the duo frequently goes for holiday trip together. 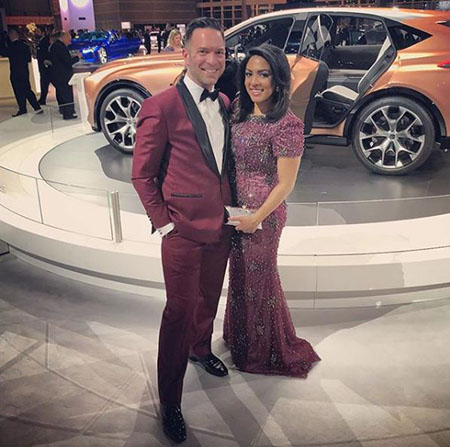 The couple knows how to keep the spark in the relationship as they always look content and connected to one another.

Lately, they were spotted enjoying quality time together in beautiful snowy mountains of Iceland. The two celebrates their love every day which is one of the reasons behind their joyous conjugal life.

The two are perfect together and cherish their married life. Apparently, as of now, the two don't have any children.

Alicia Roman And Nick Scafiezzo, How It All Started?

Roman and Scafiezzo first met during their NBC days as they both worked on NBC television. The former has been working as a Meteorologist of NBC channel for a long time now, and latterly used to work as an NBC staffer.

The duo dated for few years and started living together by the mid of 2014. 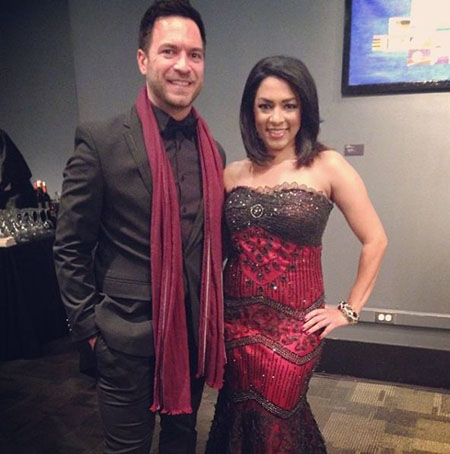 It was in December of 2014, the lovebirds got engaged as Scafiezzo got down on his knee and proposed in the most romantic way possible-He proposed her in the middle of an ice rink.

During an interview with Splash, Nick revealed he wanted to make his proposal different and romantic.

“I had a friend who worked with the City of Chicago, who helped me speak to the right people to set up the ice rink in Millennium Park."

“He drags me on the ice and it finally hit me. We went to the middle [of the ice rink] and he proposed."

Their engagement video was so adorable and went viral on the internet. Here is the clip of Scafiezzo proposing his girlfriend Roman to marry him.

#Repost STILL freaking out and on cloud 9!!! Thank you to everyone who made this possible!! So happy to have you ALL in my life and to be the soon to be, Mrs. Scafiezzo!! @scafiezzo #RomaNick #RomanAroundChicago

After the engagement, the couple focused on their respective profession until saying 'I do'. Roman and Scafiezzo worked hard to settle down with secure future before their marriage.

The pair addresses themselves as RomaNick mixing her last name Roman and his first name Nick. With all those sweet little things the two are indeed a couple goal.