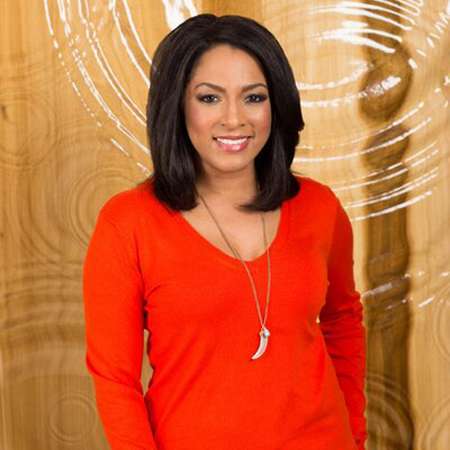 Alicia Roman is a meteorologist for NBC Chicago who is known best for her attractive figure and her accurate explanations of the weather forecasts of areas that she covers.

She graduated from Penn State University where she studied Broadcast Journalism.

She previously worked in the WHIZ-TV as well as in WISH-TV. She is an active woman who supports cancer patients as her mother is a two-time cancer survivor as well.

Roman was born and raised in Western Pennsylvania in a small town, north of Pittsburgh. She was interested in weather and the secrets behind it since a very small age.

She has gone on to say that, she used to look at The Weather Channel to see the forecasts for their region as her father was in the construction business. She was fascinated by the weather and would ask her father for details about whatever was happening around her.

Roman has said that she used to watch thunderstorms from her front porch and that where interest in this field was increased in her. She graduated with a degree in Broadcast Journalism from the Pen State University and studied Broadcast Meteorology from the Mississippi State University.

Roman has also been awarded an AMS Seal of approval 2009m September and is a member of the American Metrological Society. She started work as a journalist from the WHIZ-TV situated in Zanesville, Ohio.

Roman moved to work for the WIS-TV situated in Columbia, South Carolina. After leaving her job there, she worked as a Weekend Evening Meteorologist for the WISH-TV situated in Indianapolis for three years. She then subsequently joined the NBC channel and had been working as a meteorologist for the channel since then. She started as a morning weekend anchor for weather and has now jumped into the evening spot.

Alicia Roman's Net Worth And Salary

Roman has been known as a likable meteorologist on screen, and hence her salary must be a huge amount. However, her actual net worth and salary have not been known to the public yet.

As far as her personal life is concerned, Alicia is set to be married anytime soon. Former NBC Chicago Staffer, Nick Scafiezzo is her boyfriend. They started their affair after they fell in love after meeting in NBC Chicago. They had been together since and back in December 2014, Nick proposed to her.

The proposal took place in Millennium Park, and the video of the proposal was taken. This video became viral on the internet, and there was widespread speculation that the couple was about to get married very soon.

The couple, however, has put off their marriage and her set to marry sometime at the end of 2015. They seem to be getting along pretty well, and the couple will surely marry and became the center of attraction among the tabloids very soon.

She has an unusual height of 1.6 meters (5 feet and 4 inches) and a perfect body suited to be seen on-screen.