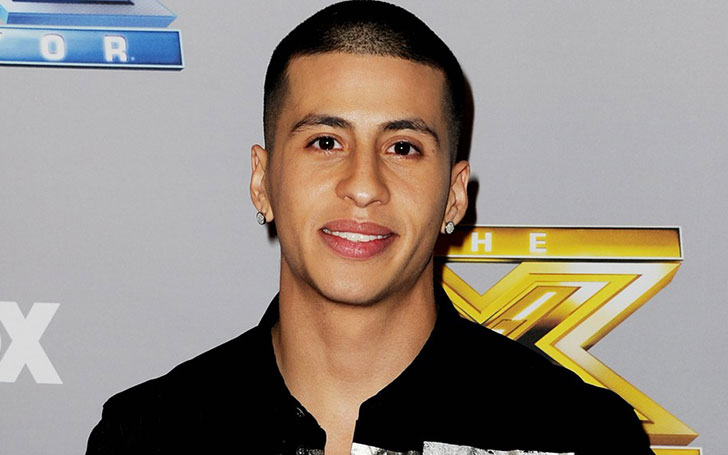 Alex Kinsey is an American singer who came into the limelight after participating and winning the 3rd season of The X Factor US with his then-girlfriend Sierra Deaton. The duo broke up in 2017 and Kinsey is now focused on his solo career.

Alex Kinsey was born on September 8, 1991, in Florida, the United States under the zodiac sign of Virgo. People who are of this zodiac sign have the personality of loyal, analytical, kind, and hardworking. Alex holds an American nationality and belongs to white ethnicity.

He spent his childhood with his family in New Smyrna Beach, Florida.  When Alex was a young boy, he won a boy pageant called Little Master Edgewater.

Alex went to New Smyrna Beach High School. After his graduation from high school, he attended The University of Central Florida.

On September 11, 2013, Alex along with his then-girlfriend Sierra Deaton auditioned for The X Factor Season 3 that was held in New Orleans, Louisiana. The first song they sang in the competition was Britney Spears 'Toxic' which as a big success and the duo continued on to the top 40 and got Simon Cowell as their mentor.

For the Four Chair Challange, they sang the cla s sic song called 'You're The One That I Want'. After that,  they made it through to the live shows and the duo took Robin Thicke hit 'Blurred Lines' on the floor.  For Motown Night, the duo took on 'I Heard it Through The Grapevine' by Marvin Gaye.

After Motown Night the duo made it through and completed re-vote show, 80's Night, British Invasion Night, Big Band Night and Divas/Unplugged night.

In Final, the duo sang three songs Give Me Love, Say Something and last song Bleeding Love along with Leona Lewis. For the Final Result Show, Alex and Sierra performed  'All I Want For Christmas Is You', on the same night.

0n December 19, 2013. Alex and Sierra became the winner and also was the only group to win the American Version of the show.

What Did The Duo Do After X Factor Competition?

After they finished the X Factor, they announced they would be making their first album 'Quick' and 'Right'. They also worked with Julian Bunetta, Sam Watters, John Shanks, Toby Gad, Jason Marz, and John Legend.

On March 6, 2016, they announced that they were in the works for releasing an extended play. They said that they will be featuring songs that they've covered in The X Factor on their upcoming EP. The duo was also featured on Gareth Emery's new album 100 reasons to Live. On August 30, 2016, they released their EP As Seen on TV.

On September 1, 2017, the beautiful couple Alex & Sierra announced their break up and attempted to continue as a friend. However, after the separation, they were not able to make music together and decided to focus on their own careers.

Alex Kinsey has earned thousands of dollars form his profession. He along with his then-girlfriend is the winner of the third season of The X Factor in 2013 and has released many singles as well as an album which are his main sources of income.

According to the source, the average salary of a musician and singer is about $39,572 per year. The median singer and musician have a base pay of around $39,572. Their salaries generally range from $15k to $101k with the median bonus of $1,500.

Alex Kinsey is probably single at the moment. After breaking up with his longtime girlfriend, he has kept his dating history a secret. He first met Sierra Deaton while they were studying in high school on the beach in Florida in 2009.

After being friends for a few years, they finally started dating in 2011. Their relationship was going smoothly until September 2017, when they announced their break up via Twitter. The reason behind their separation was just a small misunderstanding between them. Sierra said in an interview:

When Alex released a song with one of our frields without telling me. I was like, "Okay, well, there's probably no hope anymore." It was like,"I'm out. I'm done." We weren't going to si there and fake a relationship and pretend to be happy if we couldn't even be friends.

After that moment they have been focusing on their own career and stop making music and song together.

Some place warm, a place where the beer flows like wine, where beautiful women instinctively flock like the salmon of Capistrano. I’m talking about a little place called Aspen.

In the video shown below, Alex Kinsey was interviewed by American Idol, where he discusses his home town and personal life.