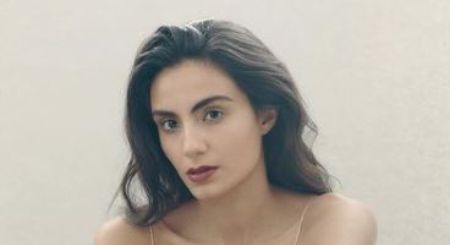 Aiysha Hart is a British-Saudi actress and screenwriter best known as Ariadne in Atlantis (2013-2015) and DS Sam Railston in Line of Duty (2016-2019). She is also recognized for her performances in Atlantis, Honour, and A Discovery of Witches.

The 30-year-old holds British-Saudi nationality: British and Saudi, while her ethnicity is mixed. She spent her childhood in the Middle East and London with her Saudi Arabian father and British mother.

The dual nationality holder started her professional journey in 2010. Three years later, she debuted playing the role of Sarah in the film Djinn.

The same year, Aiysha earned the main role of Ariadne on the television series Atlantis (2013-2015) and came to the limelight. She then appeared as DS Sam Railston in the police procedural show Line of Duty (2016-2019) starring Martin Compston, Vicky McClure, Adrian Dunbar, and Craig Parkinson. 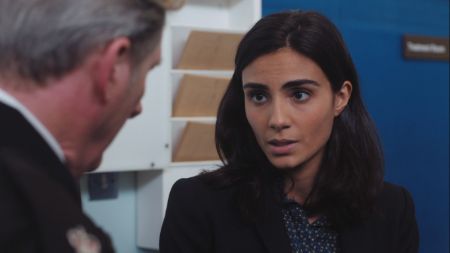 Her other notable acting credits include Honour, New Blood, Colette, People You May Know, Hope Gap, Make Me Famous, Mogul Mowgli, and We Are Lady Parts.

Recently, in 2021, Hart plays Miriam Shephard on Sky One series A Discovery of Witches alongside Owen Teale, Alex Kingston, Teresa Palmer, and Matthew Goode. Since 2018, she has been playing the role of the vampire and Matthew's scientific colleague at Oxford.

Line of Duty actress is worth $1 million as of May 2021. So far, she has contributed 12 films and series to the industry. She gains hundreds of thousands as an actress as well as a screenwriter.

What Is Her Relationship History?

At the moment, the relationship status of Aiysha is not clear. She has not opened up much about his personal life. So, far no reports regarding her love life including boyfriend, partner, and relationship history are available.

Talking about her personal life, Hart is available on Instagram with 37.7k followers as of May 2021. Surfing her social media, she has posted numerous pictures promoting Choose Love: Gifts with Heart. It is the world's first store to sells real products for refugees putting love into action around the world.